5 take-homes from the series ‘Sex and the City’

On December 10, the series "And just like that ..." was released — the continuation of the legendary "Sex and the City". The show returned to the screens without the character of Samantha Jones performed by Kim Cattrall, which upset many fans of the series, but the sequel definitely doesn’t disappoint! We’d like to talk about 5 iconic pieces that the famous friends from New York can be seen with during the new season. All of these pieces can be picked up at the Vremena Goda Gallery. 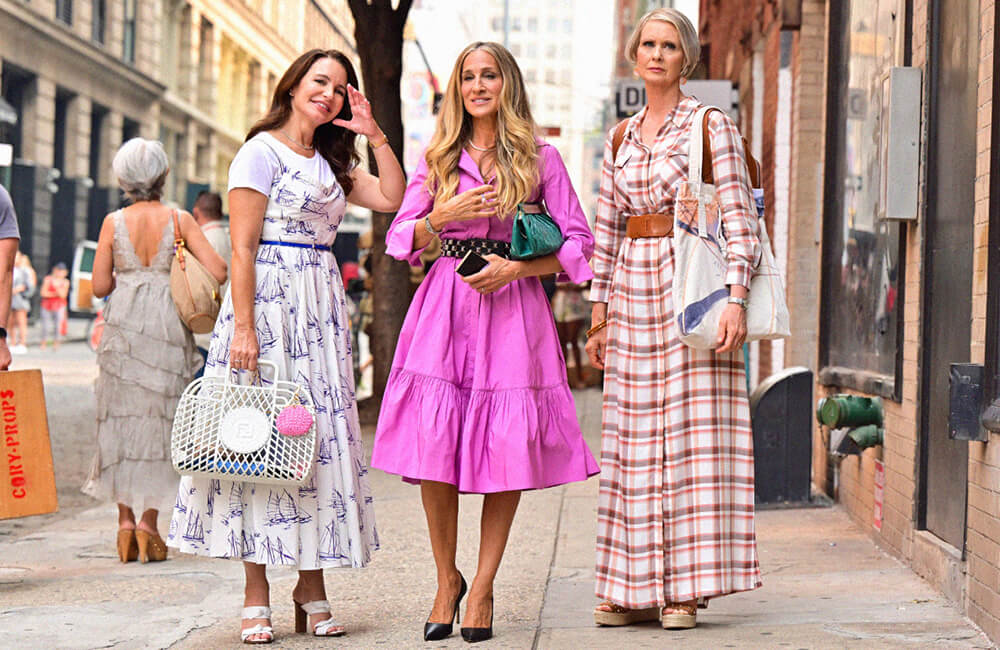 A pair of Manolo Blahnik shoes

Carrie Bradshaw sticks with her corporate identity in the sequel "And just like that ...". Some of the heroine's favourite shoes from the British brand ‘Manolo Blahnik’ appear in various episodes throughout the show. In the Stargift boutique on the 1st floor of the Vremena Goda Gallery, you can find a pair of famous autographed shoes by Sarah Jessica Parker. Now, that’s an ideal gift for someone who loves the show! 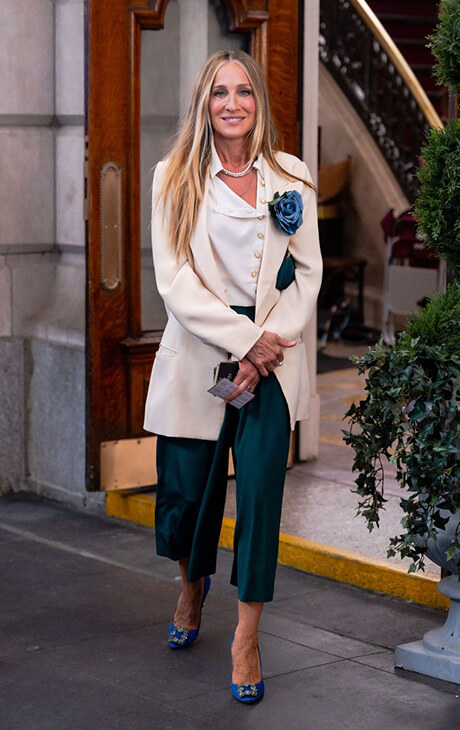 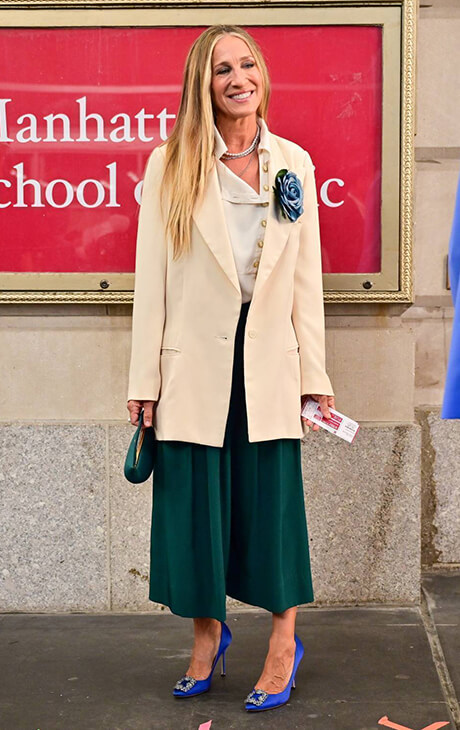 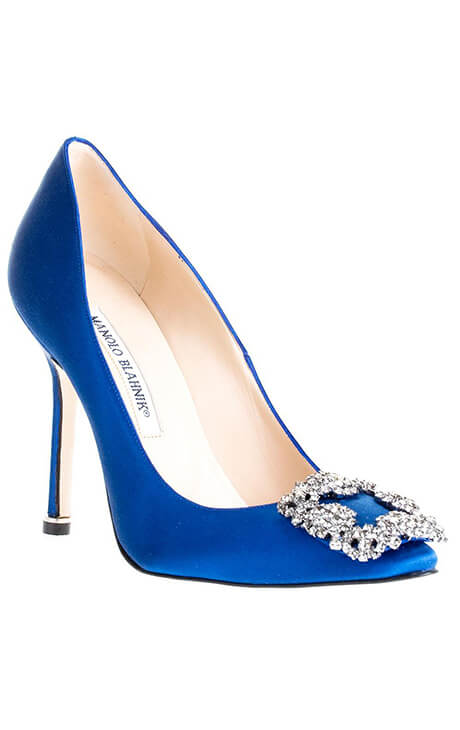 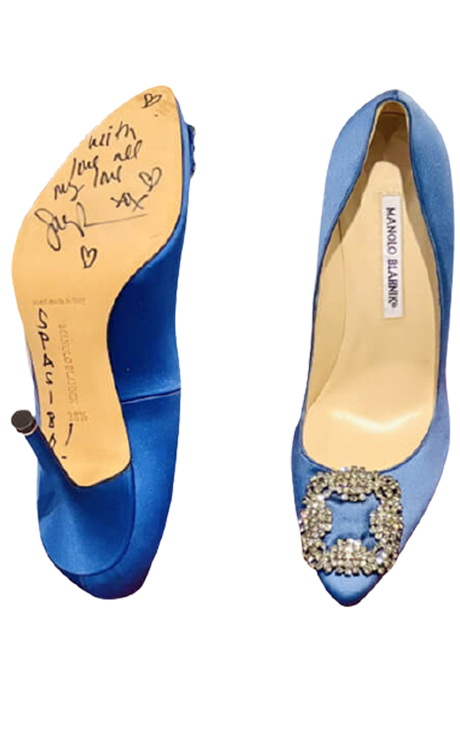 In several episodes throughout "And just like that ..." Charlotte York, played by Kristin Davis, appears with a Louis Vuitton Capucines bag — one of the most popular models of the fashion house. The bag has a classic laconic design and is available in three sizes. Here’s an interesting fact: the model is named after the Parisian street ‘Rue des Capucines’, where the brand opened its first boutique in 1854. 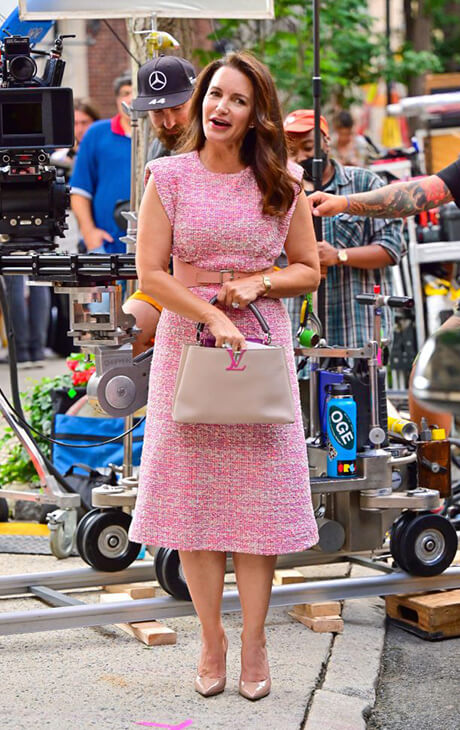 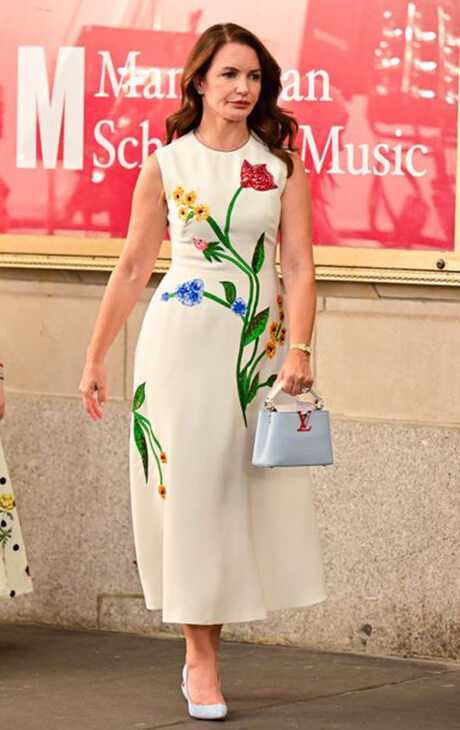 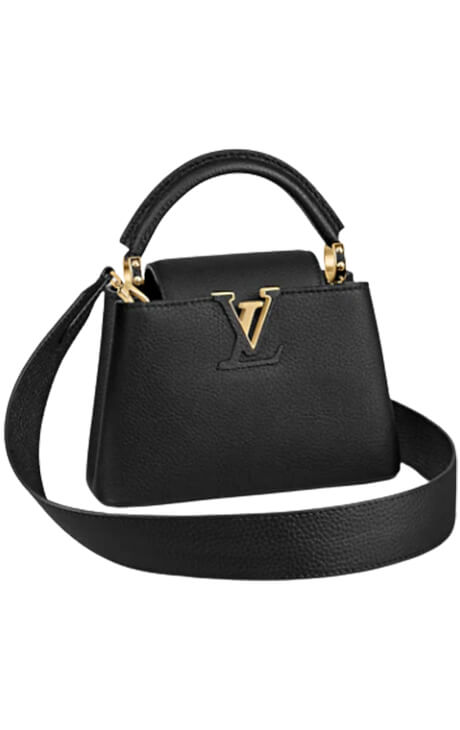 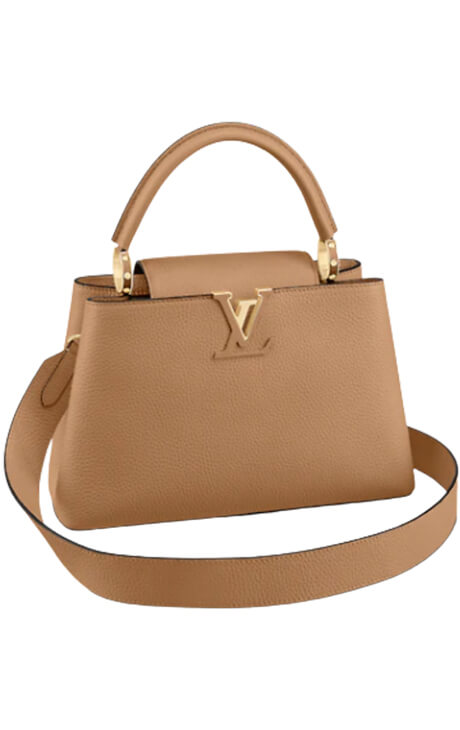 The fashion house ‘Fendi’ turned out to be no less a fan of the TV series "Sex and the City" than we all are. In honour of the release of the sequel, the brand has re-released a baguette bag in purple sequins with gold fittings, which was worn by Carrie Bradshaw in the third season of the series. In "And just like that ..." the heroine appears with the same model, as well as with the current mini-version. 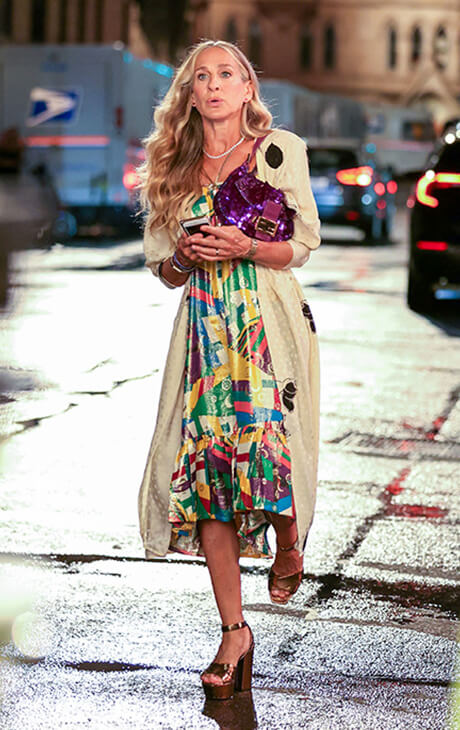 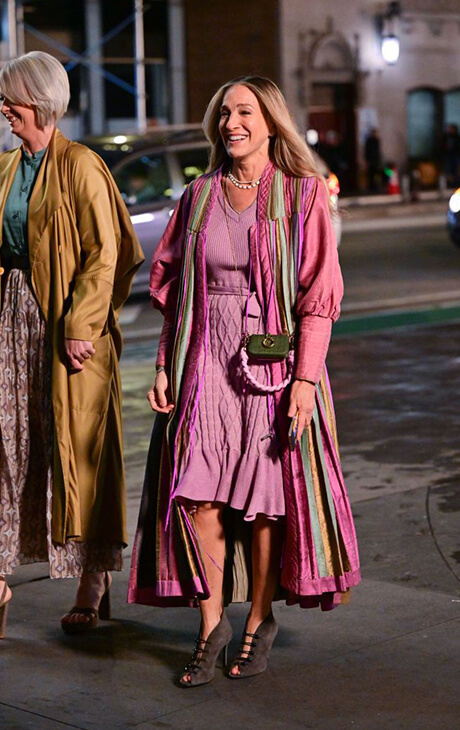 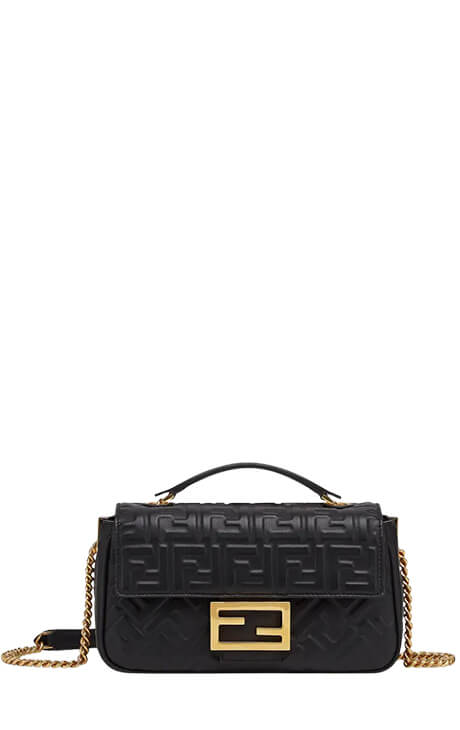 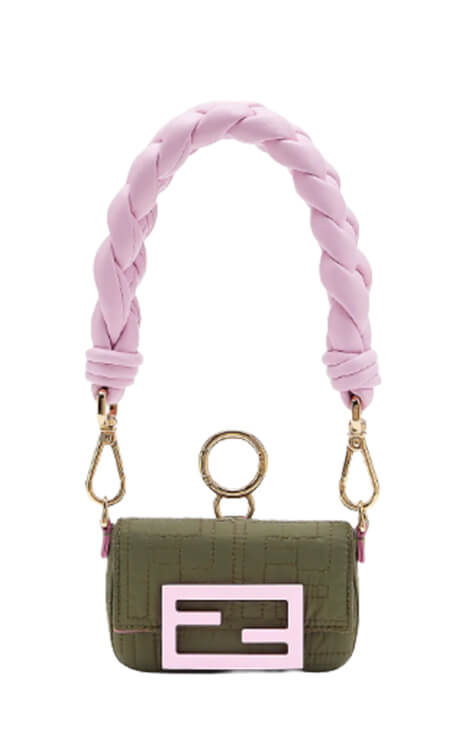 Charlotte York's style has always been distinguished by tenderness and femininity. In the new series, the duo of stylists and costume designers Molly Rogers and Danny Santiago, who worked on the series "Sex and the City", often dress the heroine in romantic blouses. If you want to imitate the image of Charlotte York, then you might consider taking a look at some pieces with ruffles and flounces from Gucci. 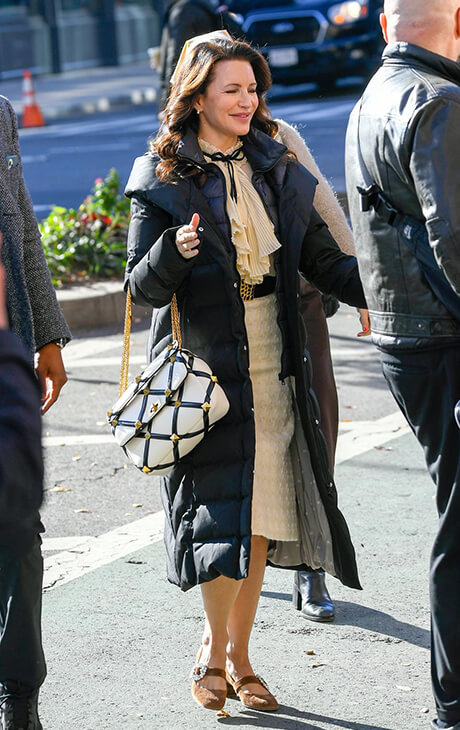 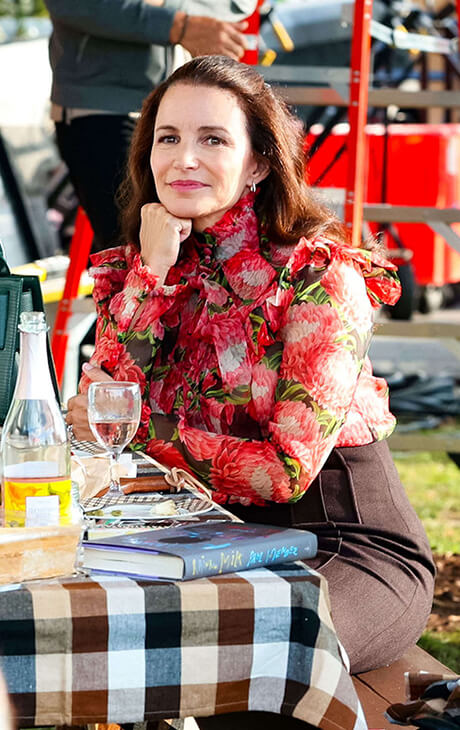 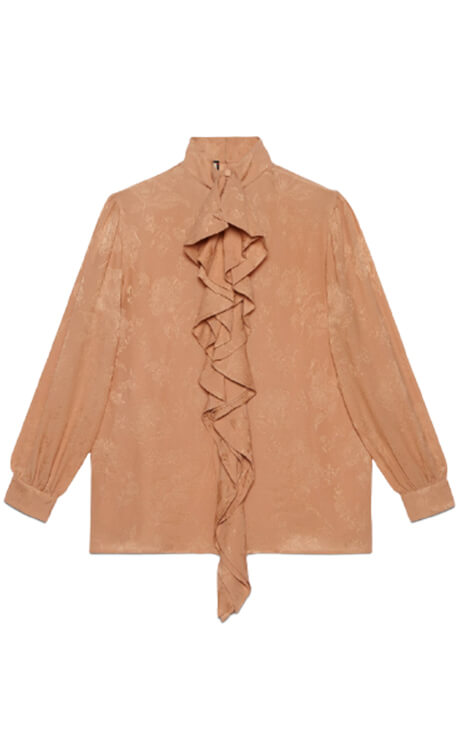 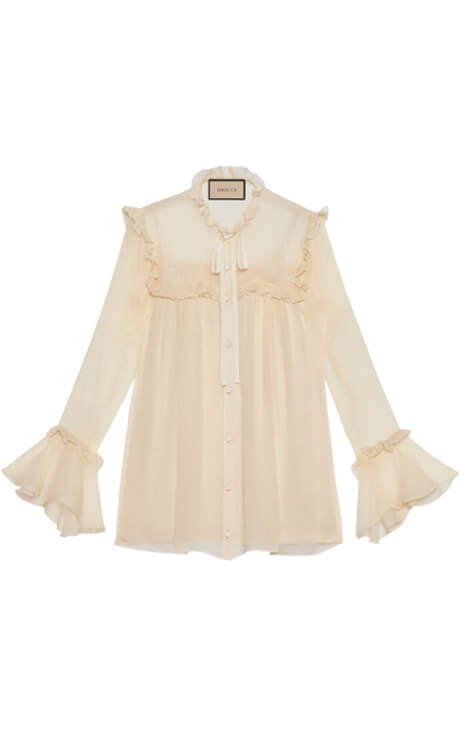 Miranda Hobbs' style in the new series has undergone a variety of big changes. If earlier, the heroine could most often be seen in monochrome and business suits, now she relies on flowing fabrics, unobtrusive, exclusive prints and tie-dye colouring. Pieces in this style can be found at the French boutique Gerard Darel. 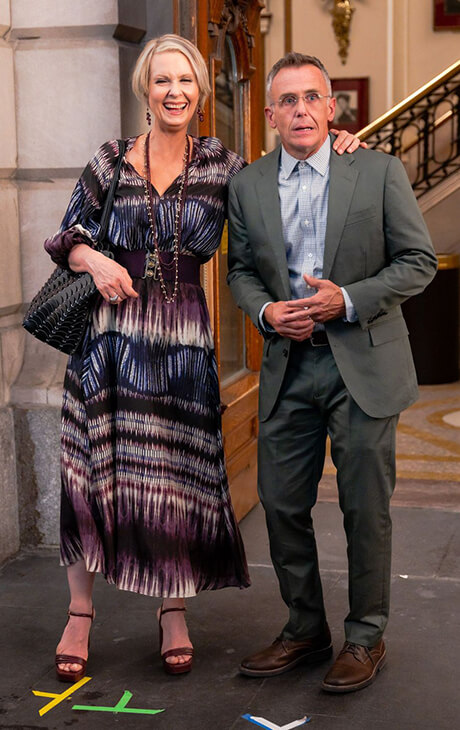 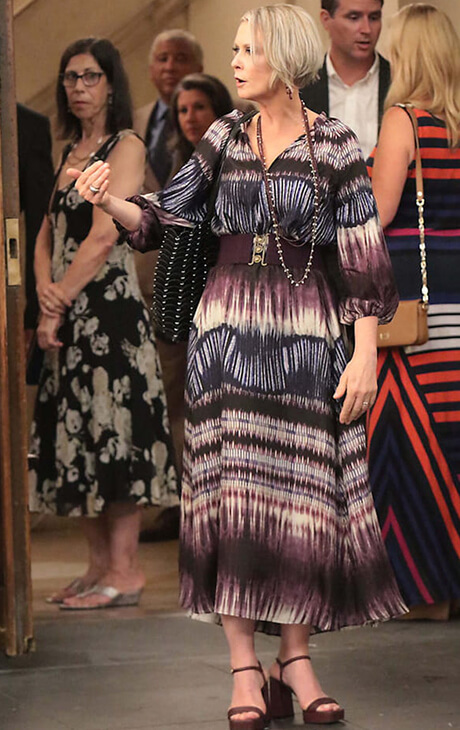 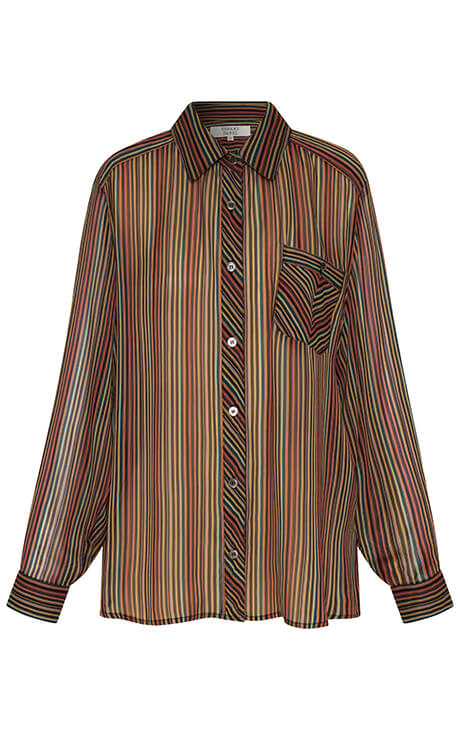 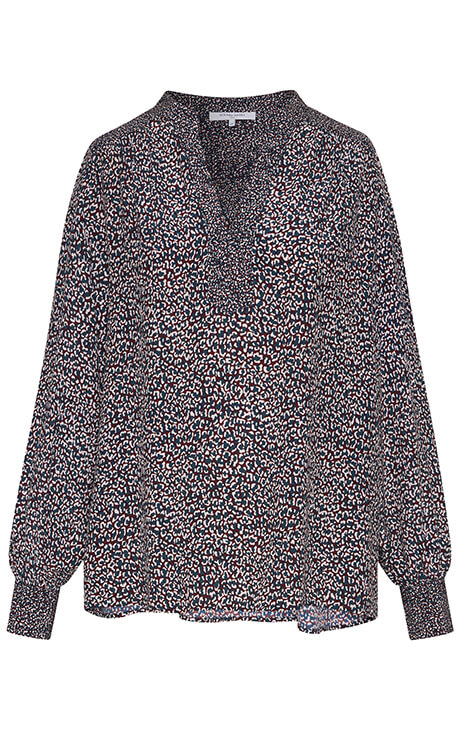