The story of one thing: the Gucci Diana bag

The Gucci tote bag with bamboo handles having been fancied by Princess Diana is back. The Italian fashion house releases an updated version of the legendary bag. The Vremena Goda Galleries spotlight the history of this cult fashion item. 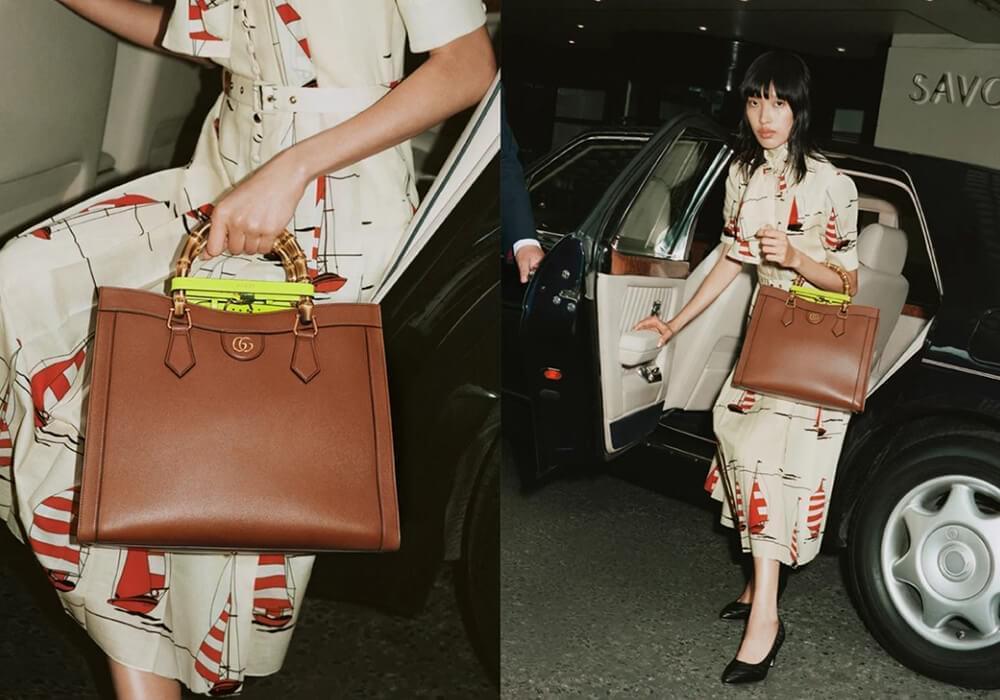 The history of the Gucci Bamboo bag

Gucci bags with bamboo handles were launched in 1947 as a response to the post-war crisis. The Italian economy was going through a difficult path that made the Gucci family experiment with materials to reduce the cost of production. This is how the Gucci Bamboo bag was born to become instantly popular. It also inspired thoughts about traveling, which used to be is practically unavailable. 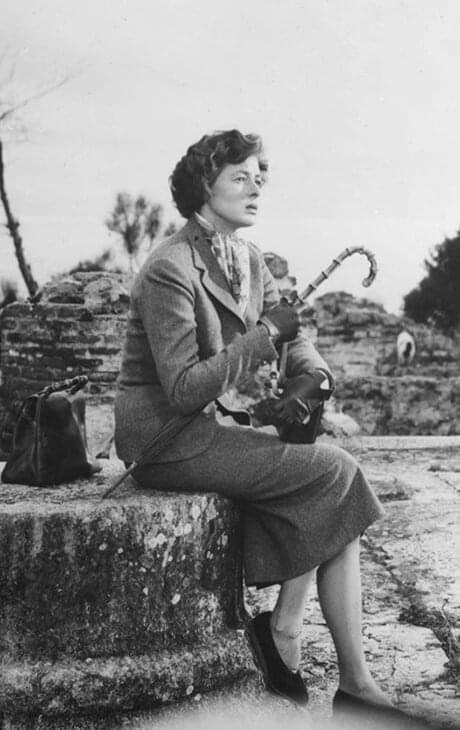 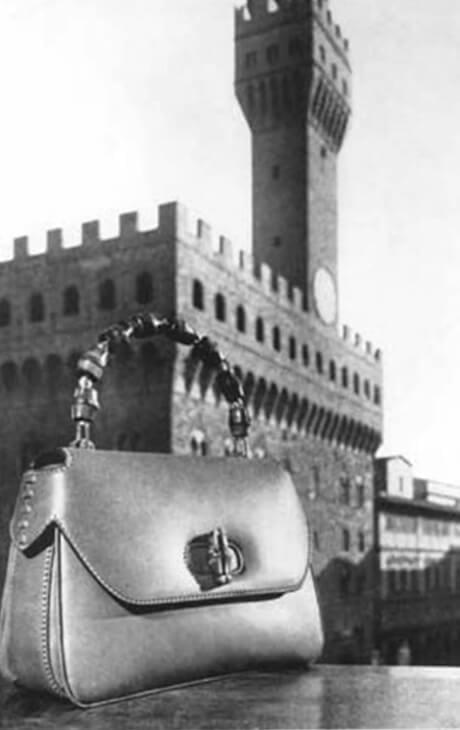 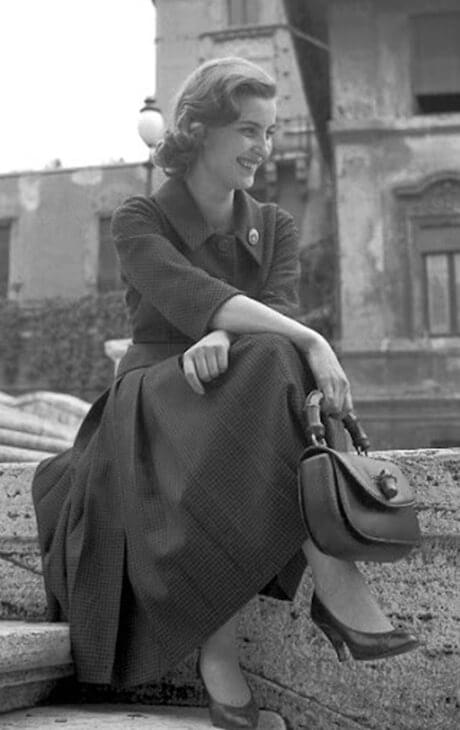 Princess Diana’s beloved roomy tote with bamboo handles was released in 1991. In the early 90s, this bag became a part of the Princess's signature style - the accessory embodies her spirit of freedom as well as courage in choosing outfits in the course of her estrangement from the royal family. The Princess of Wales wore it either to a full-dress meeting, shopping, or training. Diana's fashion looks prove this bag to be a perfect companion for every day. 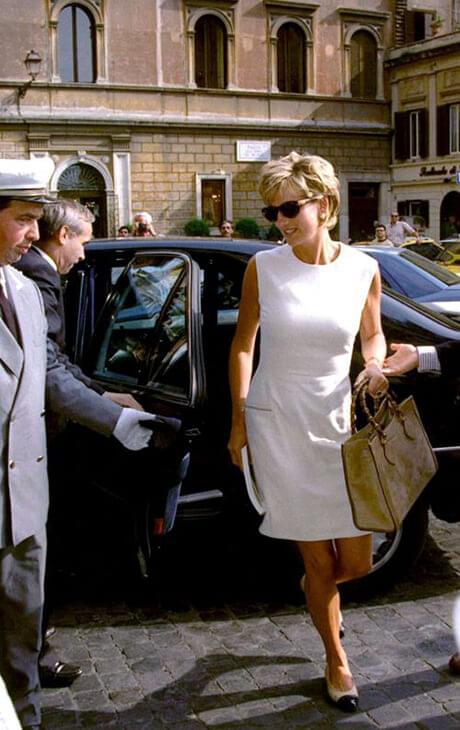 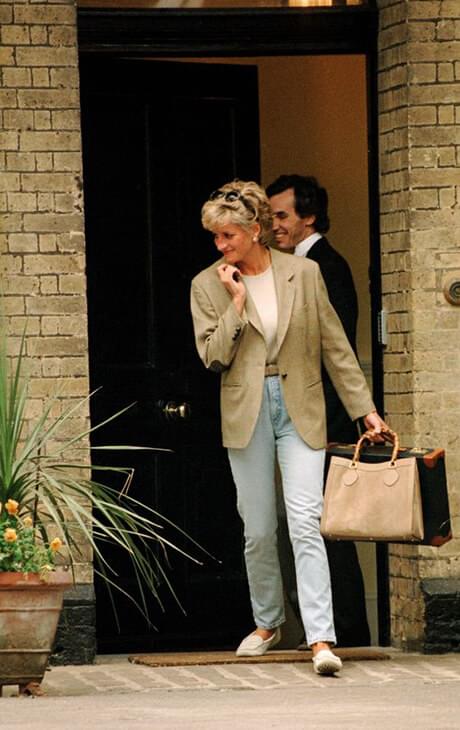 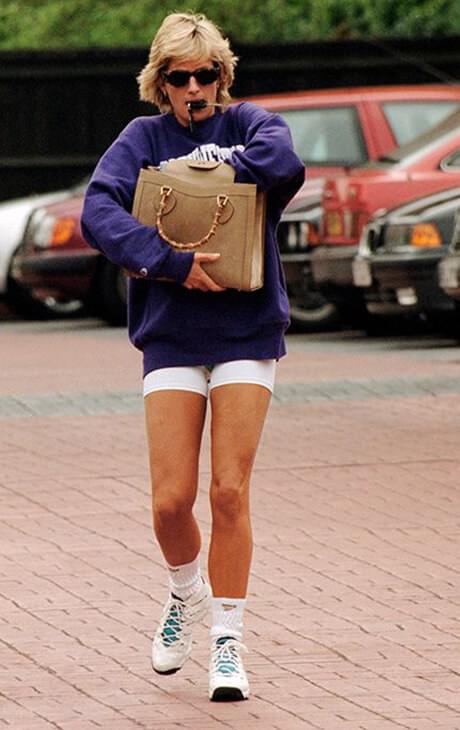 On July 1, 2021, Princess Diana would have turned 60. To celebrate this event and to pay tribute to the Princess, Gucci renames the tote bag with bamboo handles in Gucci Diana and releases its updated version. The novelty is distinguished by removable neon leather straps around the bamboo handles. It’s a sort of homage to the fixing ribbons that came with the kit to maintain the shape of the handles. 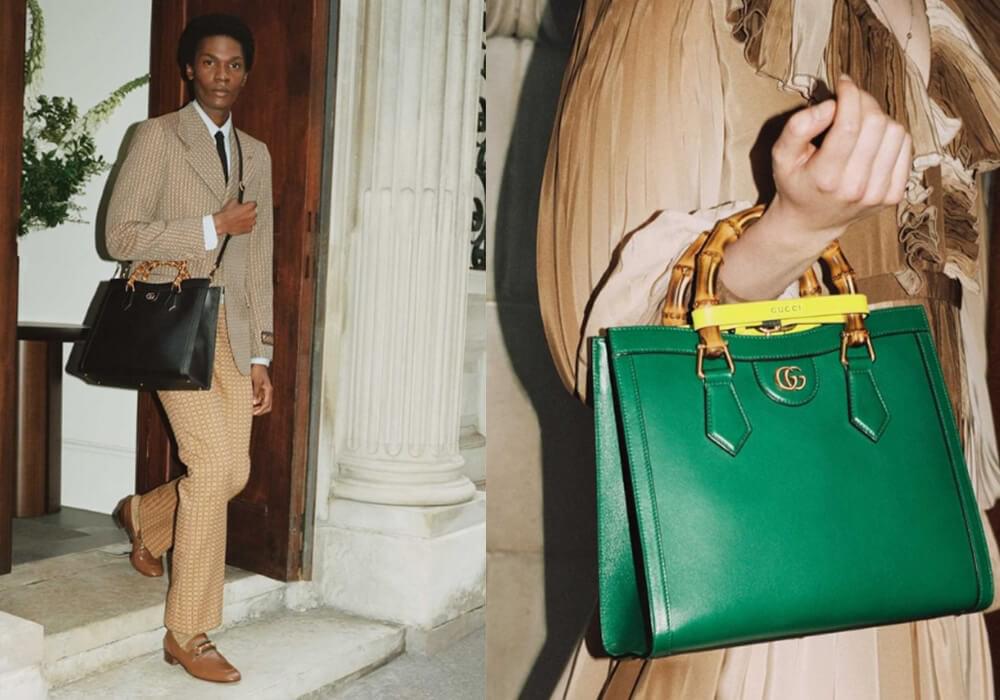 The Gucci Diana bag comes up in three sizes: mini, small, medium, and seven colors. The classic cuir shade is the closest option to the one Diana fancied. The collection also features models in bright and pastel shades like emerald green or pale pink. The bag straps come up in three neon colors: yellow, pink, and orange. On the inside of the strap, you can engrave letters to customize an updated version of the princess’s bag. 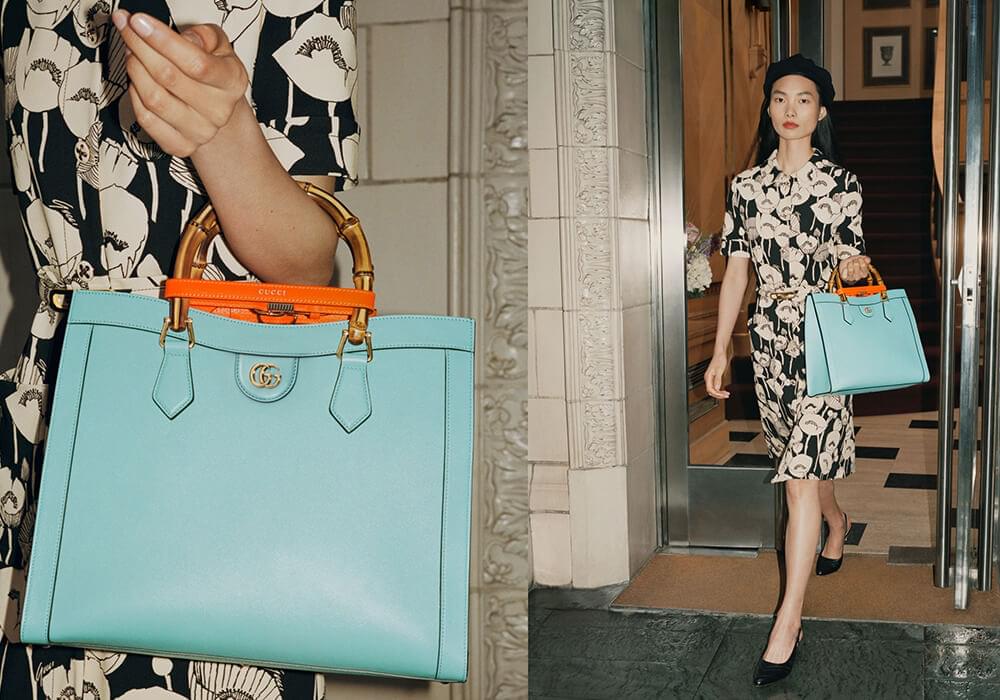 Fall and Winter 2021/2022 must-haves
Ahead of us a few cold months lie. It's high time to come up with a selection of the key must-haves of the fall-winter season. In this selection made by the Vremena Goda Galleries' team, you’ll find top-7 fashion items deserving your attention.
more

Irina Shayk's wardrobe: 5 outwear must-haves
Irina Shayk is adored for her daring stylistic techniques free from any pretentious manner. The Russian top model is skillful in combining accent fashion items with basic ones while always remaining faithful to her individual style. In the selection of Vremena Goda Galleries there are 5 outerwear must-haves from Irina Shayk, worth being added to your fall-winter fashion capsule.
more

Street style accessories trends at Paris Fashion Week
The spring-summer 2022 fashion weeks have come to an end. The fashion-marathon is crowned with shows in Paris. We have been closely monitoring not only the biggest shows of the season, but guests’ looks as well. The Vremena Goda Galleries’s team comes up with a selection of the key accessory trends which have appealed to the heroines of street style chronicles.
more

Styles of divas from the red carpets
September happened to be eventful. It is not only about Fashion Week around the world, but art events as well ranging from the Venice Film Festival, Met Gala and music awards. The Vremena Goda Galleries review comes up with the most memorable fashion looks of celebrities from the red carpets.
more

Milan Street style: 7 trendy bags
SS'22 fashion weeks are in full swing: in Milan the most significant shows of the season are over. The Vremena Goda Galleries team has been closely observing not only the shows, but behind the scenes as well. This time, we are taking a closer look at the guests’ fancy looks as well as what accessories street style stars opt for. In our selection you’ll find seven relevant models of bags worth adding to your wardrobe.
more

7 streetstyle shoe trends at London Fashion Week
Fashion weeks are something more than just an opportunity to get acquainted with new collections, it is also an inexhaustible source of inspiration for streetstyle looks. The Vremena Goda Galleries team looked through the photo chronicle of the SS'22 season shows in London and selected seven shoe trends to be incorporated into the wardrobe right now.
more