Louis Vuitton is celebrating the two-hundredth anniversary of the brand's creator, Louis Vinton’s birth. The anniversary is celebrated on a grand scale: the brand releases Louis The Game, and also invites 200 contemporary artists, scientists as well as cultural figures to create art objects inspired by the first Louis Vuitton trunks. You’ll find the history of the brand and an overview of Louis Vuitton's festive novelties in the selection of the Vremena Goda Galleries.

Louis Vuitton was able to put his name in history forever. In honor of his birthday, the brand tells his biography in a new way: in the format of a video game for smartphones. The game protagonist, Vivienne, travels through a fantasy world picking candles in a magical forest. For each gaining, the player gets a card with facts about the fashion house. 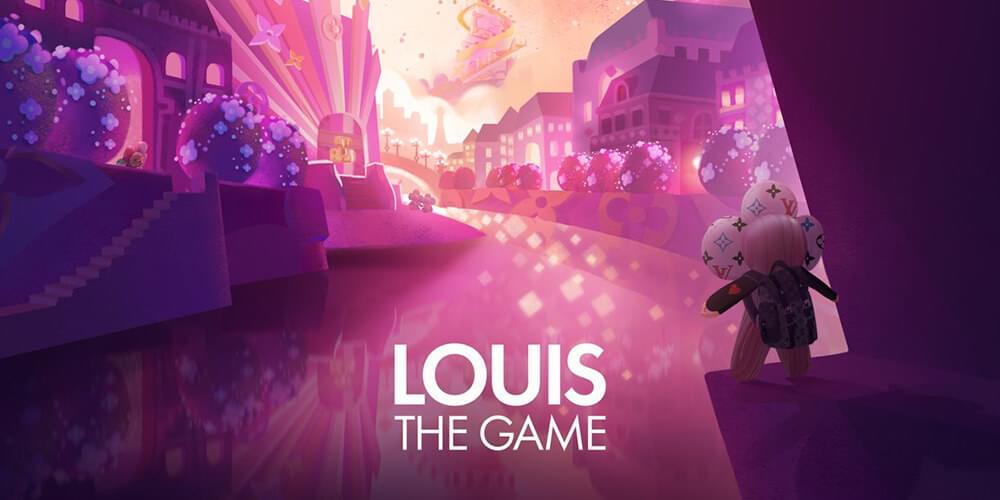 Biography of Louis Vuitton does have interesting facts. Vuitton was born on 4 August 1821 in Anchay, the French village. The boy became an orphan at an early age, and when he was 13 he decided to head for Paris on foot. The road took him two years, and in total he covered more than 400 km! 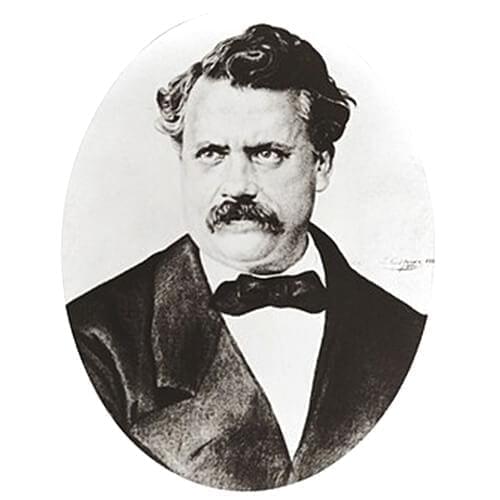 In Paris, Vuitton became an apprentice to Monsieur Marechal, who was crafting trunks and suitcases. Louis worked in the workshop for 17 years, until one day he started his own business. In 1854, his own workshop started working on the rue Neuve de Capucin, next to the Place Vendome. Success came to Louis Vuitton almost immediately: his main customer was the wife of Napoleon III - Empress Eugenia. Thanks to her, the brand was recognized not only by the entire Parisian elite, but also by the aristocracy throughout Europe. 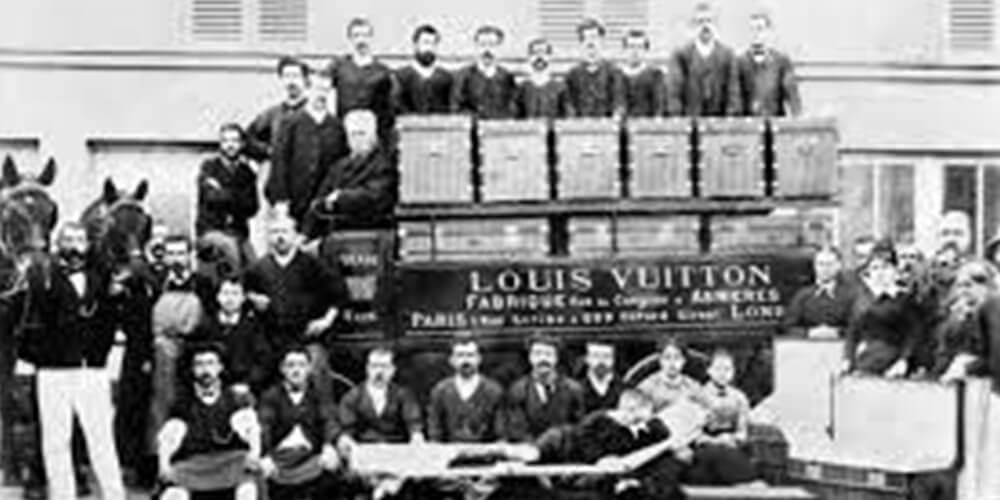 The Louis Vuitton family with the workers of his factory

Vuitton was minded to becoming a pioneer, coming up with something innnovative and revolutionary to write his name in fashion history forever. And he did succeed. In 1858, he released the Trianon Trunk, the first waterproof suitcase. Previous models featured a rounded lid to make water drain away and prevent the suitcase from damaging. Thanks to the impregnation, the suitcase became flat enough, to make it possible to put one suitcase on top of another. 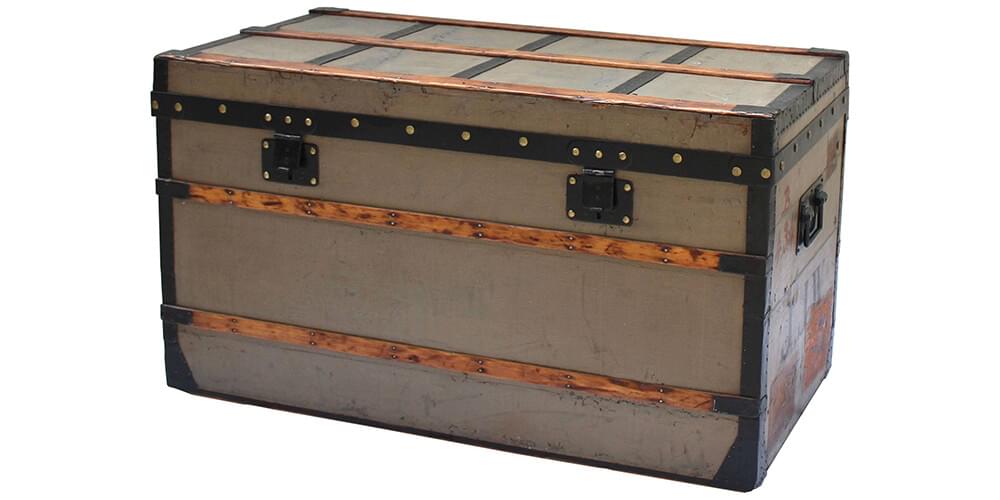 It was Louis Vuitton’s discovery, the revolutionary Trianon Trunk that served a starting point and source of inspiration for 200 modern visionaries.

Famous artists, visionaries, prominent cultural and scientific figures got engaged in the Louis Vuitton project. Each of them recreated the signature Louis Vuitton trunk in their own style.

Los Angeles-based designer Willo Perron has created a futuristic mirrored trunk. French artist Jean-Michel Otoniel has made a trunk of glass bricks blown out in the Taj Mahal district. The famous architect and interior designer Peter Marino was inspired by the Harry Houdini's magic trick when he got to escape from a closed suitcase. Peter's studio designed the suitcase with tight-fitting leather straps. Now the magicians seeking to repeat Houdini's trick are faced with a new challenge. 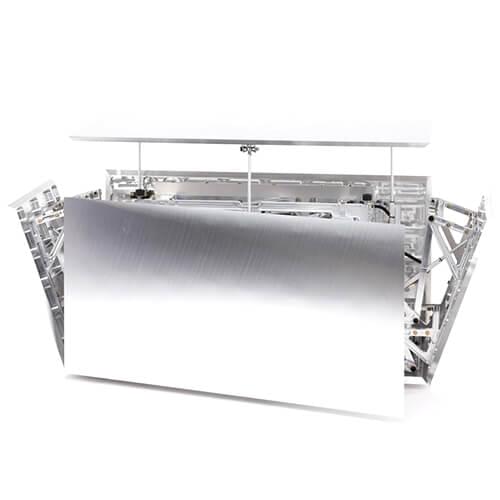 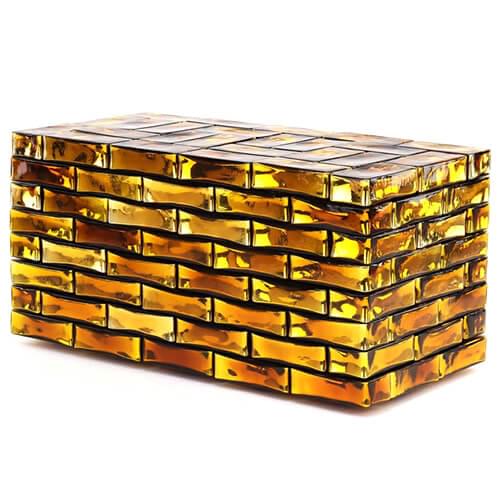 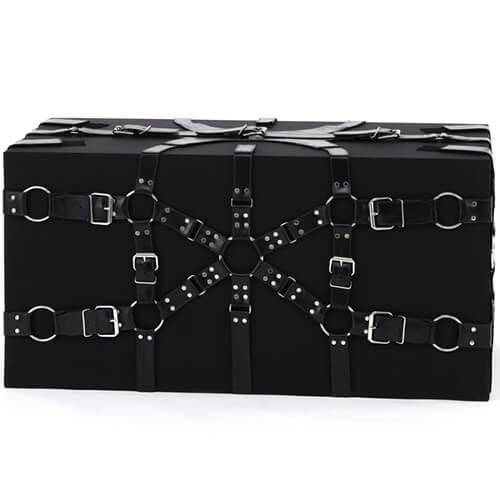 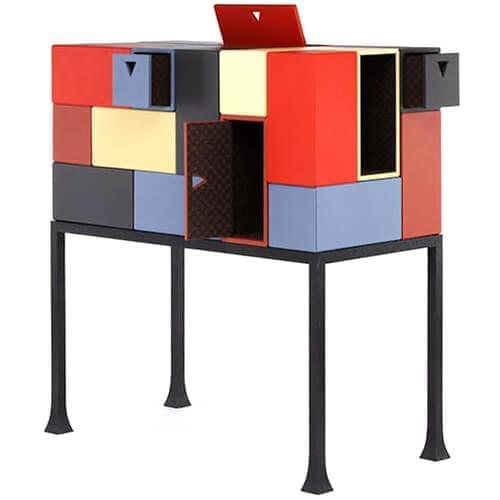 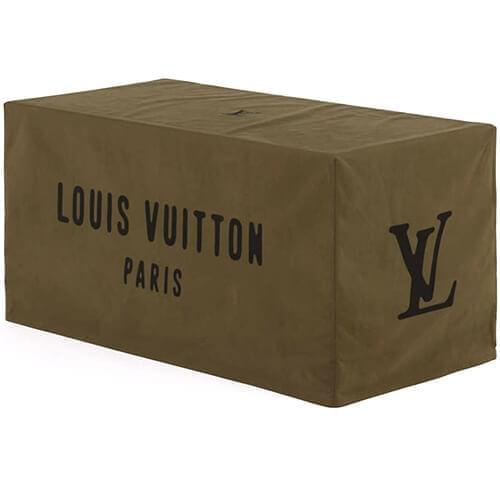 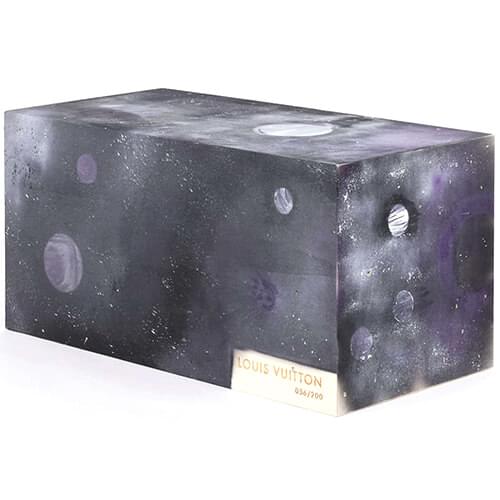 The trunks will be presented in the brand's stores around the world. All profits from sales will be donated to 15 art education programs.

However, that’s not the end of the surprises. The brand is going to delight its fans with a documentary about Vuitton's life, which will be released on the Apple platform. In addition, writer Caroline Bongrand will present a novel about the life and work of the fashion designer. Louis Vuitton intends to come up with these projects within 2021.

Scents of spring
Each season has its own character and mood. Spring is a great time to try something new! Why not update your fragrance collection? We’re talking about four non-banal and niche perfume brands. All fragrances can be found in the beauty section of the gallery, named "Perfumery and Cosmetics".
more

The history of the trench coat
Since its creation almost two centuries ago, the trench coat has arrived from a long journey. We often turn to history to understand why spies and detectives, Hollywood stars and fashionistas all fell in love with the universal and concise cloak at one time or another.
more

Svetlana Bondarchuk’s Beauty Routine
The renowned presenter, founder of a network of beauty salons, and all-around IT-GIRL tells us about the pleasure she finds in her beauty routine.
more

4 Streetwear Trends to Keep an Eye On
Against the backdrop of the recent marathon of fashion weeks, we’re reviewing shows from London, Milan, and Paris while talking about the four key streetwear trends. After all, a great way to clear the stormy world mood is to think about some styles for Spring.
more

Gift ideas for the 8th of March
The question of what to give on the spring holiday is always a tricky one. That’s why the team at the Vremena Goda Gallery decided to simplify your task by preparing a guide so that you can make the right decision for the woman in your life – from new-collection dresses and stylish accessories to luxurious diamond jewelry.
more

What should you give your loved one on February 23rd?
In the Vremena Goda Gallery, you can find the perfect gift for the men in your life. We’ve compiled a list of unique and interesting gifts – from status accessories to sports equipment for home workouts.
more