From Tilda Swinton in Chanel to Cate Blanchett in Stella McCartney: The Best Looks of the Venice Film Festival

All the winners have been awarded and the 77th Venice Film Festival has come to an end. This year's Golden Lion went to "Nomadland", directed by Chloé Zhao. The pandemic contributed a lot to the fashion looks of the guests. In particular, masks were allowed to be removed only on the red carpet and immediately they must have been put on at the Cinema Palace. The most spectacular outfits from the Venice Film Festival, you’ll find in the selection of the Vremena Goda Galleries.

This year, Tilda Swinton has presented two at once Chanel Haute Couture fancy looks. At the premiere of her film "The Human Voice", directed by Pedro Almodóvar, she appeared in a snow-white dress with floral lace. And for receiving the 77th Venice Film Festival honorary award, she was wearing a black and white blouse and skirt set with a multi-layered hem. 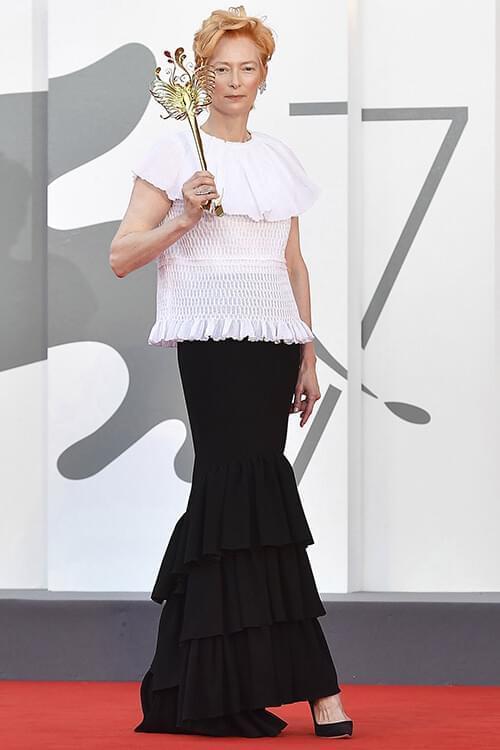 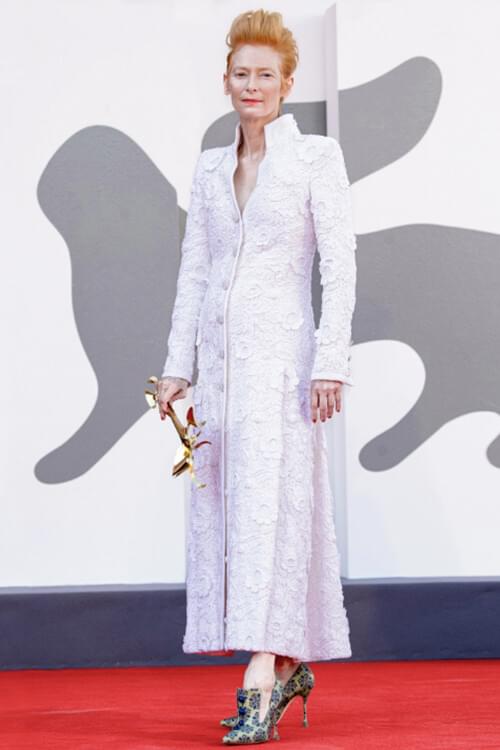 The main star of the red carpet on Lido Island unquestionably was Cate Blanchett. Acting as the chairman of the jury, she made impressive outings at all premieres and photo calls she attended. At the special screening of "Mrs America," the actress appeared in a jumpsuit with a large floral print from Stella McCartney. The jumpsuit was also chosen by Linda Caridi, who appeared in it at “The World to Come” premiere. 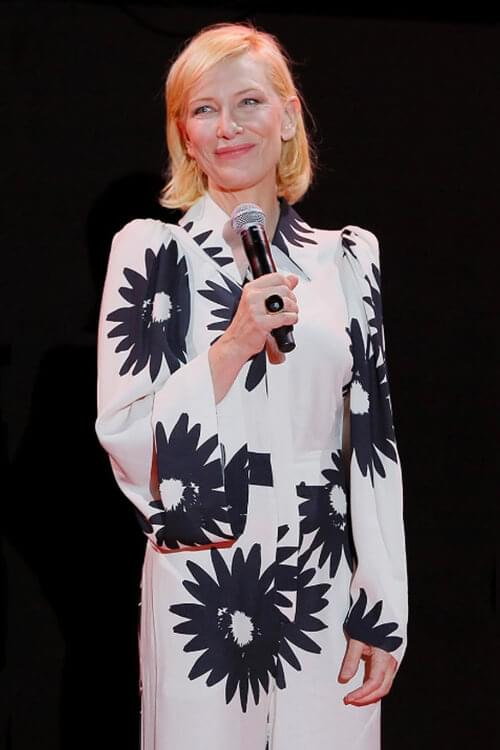 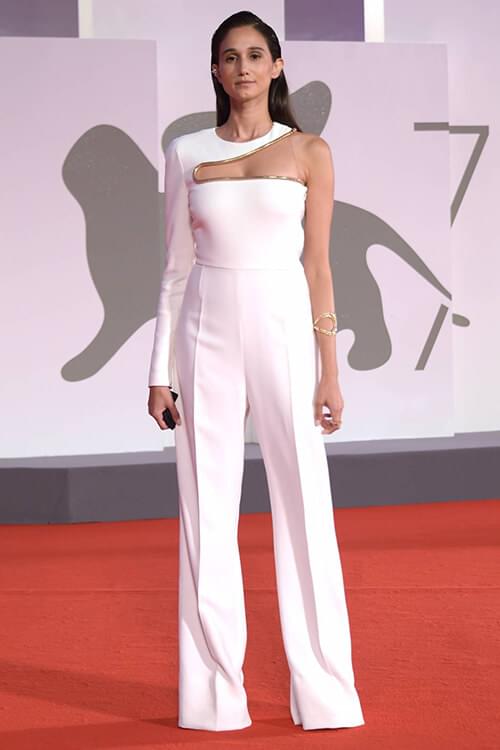 Valentino's luxury couture looks numerous times have been spotted at film screenings. Vanessa Kirby, who was recognized as Best Actress for her role in “Pieces of a Woman”, chose a scarlet floor-length dress with an open back from the spring-summer collection. Isabel May, the star of the Netflix project "Alexa and Katie", opted for the sparkly V-neck dress. 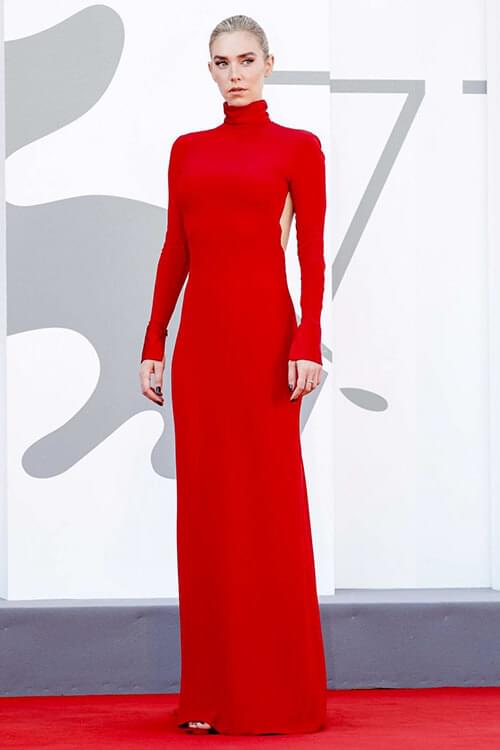 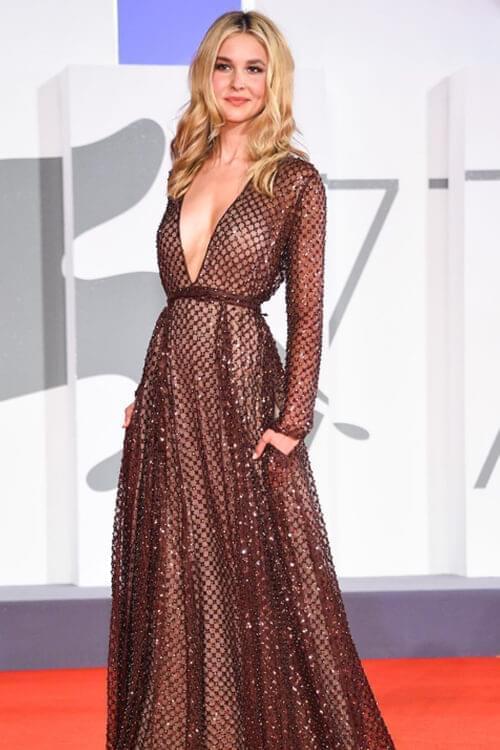 Isabel May in Valentino

Throughout the whole film festival, there wasn’t a fashion monger more devoted to the Louis Vuitton House than Stacy Martin. The star of «Amanda", who presented the movie "Lovers" in Venice, began her fancy fashion show with a mini-dress with a white cape and finished it wearing an outfit with black beads embroidery. 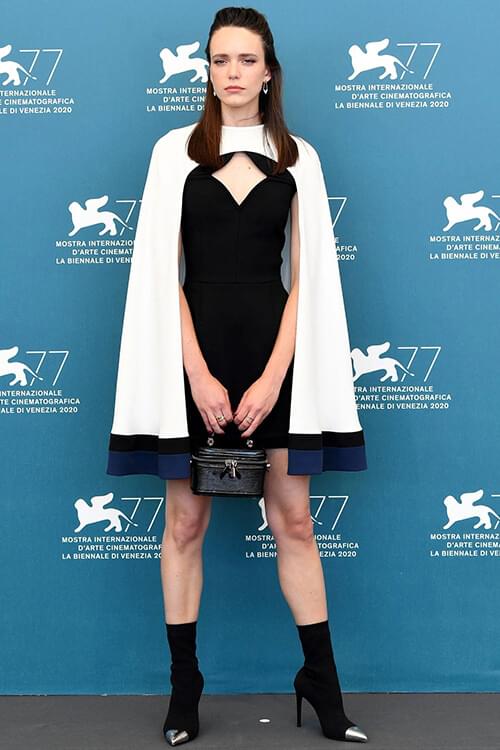 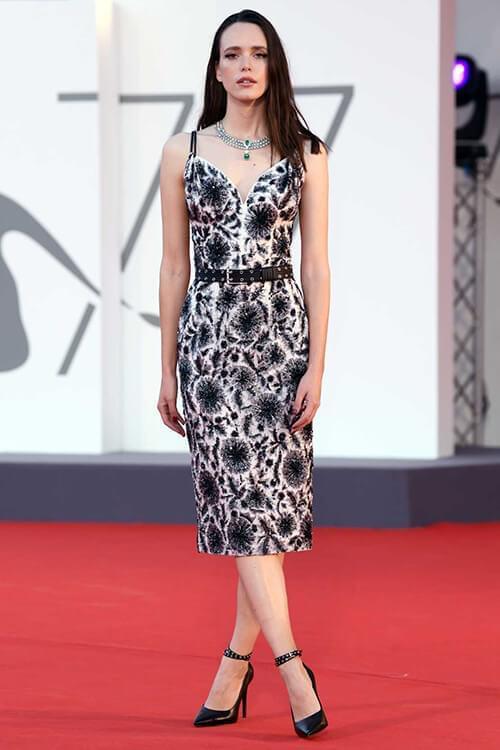 In the variety of colors as well as spectacular decor, it was the Gucci brand that was unmatched. The director Gia Coppola, presenting her film “Mainstream”, was shining on the red carpet wearing a dress that combined yellow, pink, mint and fuchsia colours. The presenter of the closing ceremony, Anna Foglietta, Italian actress, in turn, opted for a dress with a lace frill. 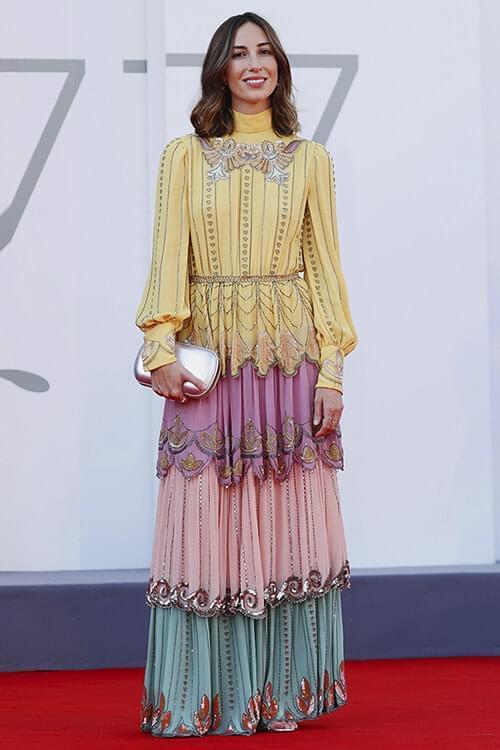 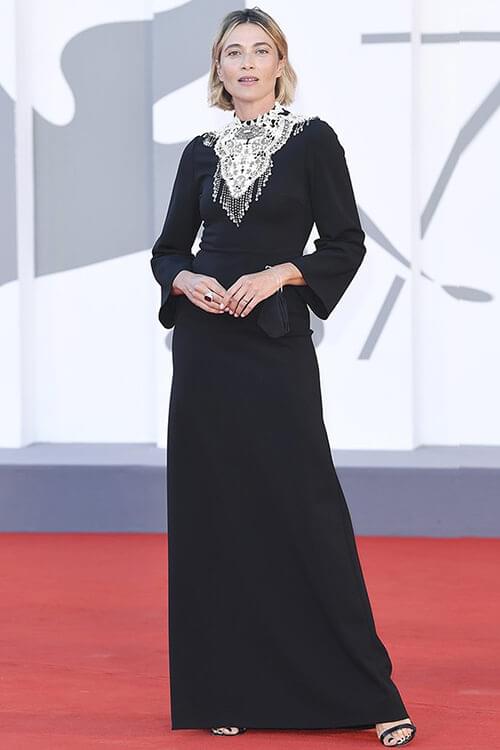 4 trendy ways to wear Louis Vuitton boots this winter
An effective way to grow fond of winter and enjoy frosty days is to update your wardrobe for the weather. This winter, streetstyle stars are wearing Louis Vuitton Pillow Boots. Let’s consider the fashion looks of the influencers and repeat the brightest ones in the Vremena Goda Galleries.
more

Style rules from Sex and the City heroines
Even after 20 years, the release of the first episode of the legendary TV series "Sex and the City", the fashion looks of the main characters still remain relevant. Some of them have become even more trending and interesting.
more

Where to start preparing for spring? 6 smart tips
For the remaining few months, we are trying hard to enter a mode of active life. Soap marathons, sleeping before lunch coupled with doing nothing at home prevent us from starting the long-awaited marathon in preparation for spring: after all, it requires open and vibrant images, as well as an inspired mood.
more

Honest feedback about travels within Russia
Until the situation with foreign countries has not settled down, you should not ignore travelling in our country, which is exceptionally rich in landscapes. Especially for the Vremena Goda Magazine’s New Year issue, the four heroines shared their impressions after journeys on Russia.
more