Filmmaker Anna Melikyan talks about changes in the industry, taboo topics and the "New Man"

Telling stories is not a walk in the park, however, filming them is much more complicated. How does delicate Anna Melikyan cope with this? VREMENA GODA MAGAZINE managed to catch the film director between projects and raised several questions about her career and new projects. 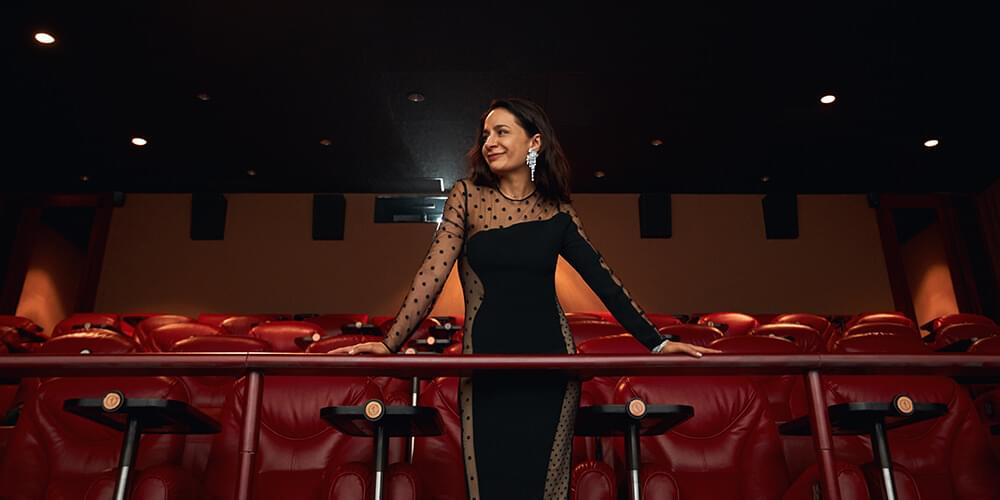 Anna Melikyan is a name without mentioning which we can imagine no conversation about contemporary Russian cinema. She started winning hearts with the movie named "Mars" almost 15 years ago and continued with such works as "Mermaid", "Star", "About Love", "Fairy", "Three". The winner of the Berlin Film Festival and “Kinotavr” awards knows how to combine complex meanings with simple ones, famous artists with newcomers, and, most importantly, dares to experiment with themes or genres. For this, she is loved by viewers and critics, and what is even a rarer thing, even by her moviemaking peers. 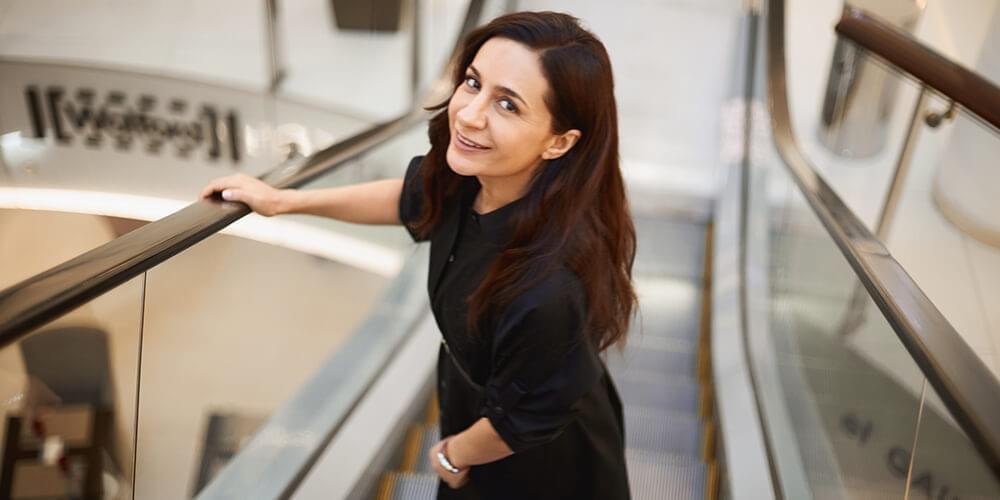 About her career choice

When we entered VGIK, our master Sergei Soloviev said: “Well done, you entered, and now just think about it: if you have at least a single reason to leave, you'd better leave. Stay here only if you are not able to leave.

Making a movie is complicated enough, it tends to border on despair, fear, and an escape attempt. But every time for some reason you do not escape, you go on doing it, since you just cannot imagine your life without it.

Cinema is not chosen, it chooses you.

The modern woman in the cinema world is becoming more confident, she no longer feels like a black sheep in this largely male professional area. She no longer needs to prove at each step that she is capable of filmmaking. Therefore, she is able to focus on creativity, and then experience the full range of emotions in the cinema world, regardless of gender. 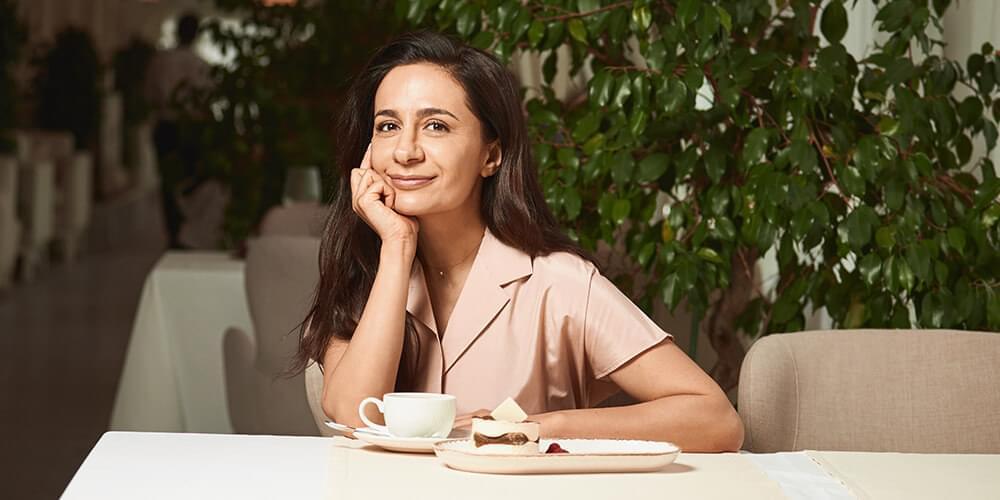 As if someone takes your hand and leads to the place where you ought to be, to feel what you ought to feel, and then do your best to tell about it through a movie.

Since this or that movie idea has settled inside me, it means I’ll get it done. I have no ideas hidden into a desk as well as impracticable ideas. And as for the movies that I would never shoot, of course, I have some of those. This probably applies to some topics I wouldn’t dare to develop, since I am sensitive to this connection between creation and my own life. Whether you like it or not, the story you are shooting begins to affect your own life. Therefore, there are certain topics I would never take on.

About changes in the industry

Basically, only the form of expression changes, it is being transformed and goes around in a circle. First, it was that flashy clip way of thinking, then we have had enough of it, and it has become fashionable to speak slowly and meaningfully. I like it better. However, in fact, nothing seems to change: people always come to talk about themselves, their feelings, with their unique view and understanding of the world. It has always been and will remain the most interesting thing in cinema – the “New man”. 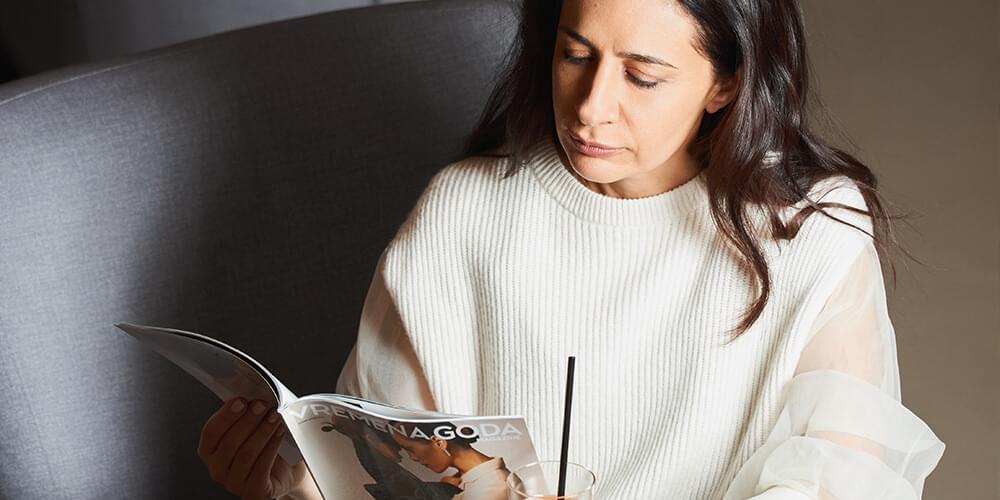 The history of Bvlgari Serpenti: from jewelry to accessories
Bvlgari unveils a new collection of leather accessories for Fall/Winter 2021 season. The bags catch an eye due to non-traditional combinations of materials, altered proportions as well as new colors. On this occasion, the Vremena Goda Galleries’ team recalls the Bvlgari history together with the cult Serpenti motif, whose metamorphoses make the focal point of a new collection.
more

Healthy sleep: why it matters
We can dwell in endless debates on the importance of sleep, however we’re living in an era of workaholic culture, when the ability to work 24/7 as well as devoting the lifetime to work has become a given. Let's get this straight: how "sleep hunger" can impact health, and how to cope with it.
more

Create your fall wardrobe: 5 tips for a quick sorting out
The last summer month is coming to an end, it’s high time to get ready for a new season. Before purchasing the autumn novelties, it’s worth getting your wardrobe sorted out in order to figure out what is missing and what is to get rid of. The Vremena Goda Galleries team comes up with a five-point checklist to cope with this task.
more

Louis Vuitton: 200 years since the founder’s birthday
Louis Vuitton is celebrating the two-hundredth anniversary of the brand's creator, Louis Vinton’s birth. The anniversary is celebrated on a grand scale: the brand releases Louis The Game, and also invites 200 contemporary artists, scientists as well as cultural figures to create art objects inspired by the first Louis Vuitton trunks. You’ll find the history of the brand and an overview of Louis Vuitton's festive novelties in the selection of the Vremena Goda Galleries.
more

Hailey Bieber's wardrobe: 5 looks for different occasions
Streetstyle photos of model Hailey Bieber serve as a ready checklist for fashion trends. Her looks are fancied for being skillful, free and easy in wearing the hottest and most current trends while being true to her authentic style. The model is capable of observing a balance when creating on-trend looks: they appear sensual, but not vulgar; comfortable, but not boring; elegant, but not flashy. The Vremena Goda Galleries team has collected 5 fashion must-have items, according to Hailey Bieber's lookbook.
more

Dress to kill: looks from "Why women kill"
The phrase dress to kill acquires a new meaning when it comes to the second season of «Why Women Kill». It is not only the exciting detective plot that makes it worth watching but also the spectacular outfits of the late 40s. The Vremena Goda Galleries team will make out the style of the heroines of the series.
more