Where did brand story begin?

The starting point of the story is Basingstoke, the city located in the southwest of London. In 1856, 21-year-old Thomas Burberry, a former tailor apprentice, starts a brand whose mission is to protect people from the vagaries of British weather.

Where and when did the first boutique open?

The same year, in 1856, was opened the first T. Burberry and Sons boutique. A decade later, the outerwear represented there began popular not only with locals but with foreigners as well. In 1879, Thomas invented gabardine, a lightweight water-proof fabric.

In 1981 another boutique was opened in London, its main customers started to be officers, athletes and scholars. For instance, Nobel laureate Fridtjof Nansen used the brand’s equipment for an expedition to the North Pole. In the 1900s Burberry’s coats started to be appearing on Paris streets.

Who is the muse of the brand?

During the First World War the brand created almost half a million raincoats for the British army, which benefited greatly the further popularity among the civilian population as well. In 1955 Elizabeth II granted the brand the warrant for the supply of waterproof clothing. The Queen can be called the brand's genuine muse since it is she who reflects its DNA like no other: her unmistakable authentic English style, as well as a proactive way of life.

There are other fancy ladies, whose names are regarded as being related to the brand. So, Audrey Hepburn, or rather her character Holly from "Breakfast at Tiffany's" and Genevieve performed by Catherine Deneuve from "Umbrellas of Cherbourg" will forever bring their celebrated trench coat into the fashion history. The most up-to-date muses of Burberry (in 1999 the logotype lost the last letter), which creative director became Riccardo Tisсi in 2018, are Natalya Vodianova and Irina Shayk – they are the regular models to be seen in advertising campaigns and on the runway. Burberry history might remember such celebrated names as: Emma Watson, Rosie Huntington-Whiteley, Cara Delevingne, Naomi Campbell, Kate Moss.

What item is brand’s trademark?

What role has brand played for the fashion industry?

For the entire industry, this fashion house has become a great example of a business perspective. The British understood how important it is to catch up with the time and not to be afraid of changes back in 2006 - then Angela Arends became the CEO of the company and contributed into a number of substantial changes.

The three main brand’s achievements include:

So, for seven years and a half, sales grew almost three times more as well as the capitalization which increased by 300%. 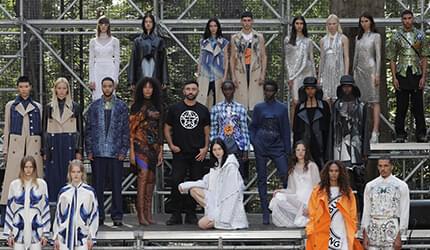 8 key trends of FW'21 / 22 women's fashion week
The women's fall-winter 2021-2022 fashion weeks are over. By tradition, the final show was run by the Louis Vuitton fashion house under Nicolas Ghesquière’s direction.
more

Sustainability and environmental friendliness: fashion brand initiatives
Today, the sustainability movement is gaining more and more popularity, its concept is based on the ethical treatment of the environment as well as social responsibility.
more

4 trendy ways to wear Louis Vuitton boots this winter
An effective way to grow fond of winter and enjoy frosty days is to update your wardrobe for the weather. This winter, streetstyle stars are wearing Louis Vuitton Pillow Boots. Let’s consider the fashion looks of the influencers and repeat the brightest ones in the Vremena Goda Galleries.
more

Seasonal trendy outerwear guide
The temperature is getting lower and lower each day, and the wardrobe after warm autumn is not ready for the seasonal cold snap? With the arrival of calendar winter, it's time to take advantage of our fashion guide and choose the most relevant options of outerwear for any occasion. We will tell you how designers advise to warm ourselves this year by the example of the collections presented in the Vremena Goda Galleries.
more

What shoes to choose this season
Massive biker boots and Chelsea, boots of 70s with a low heel and ankle boots with a stable heel and platform, as well as universal Cowboy shoes - fashionable seasonal footwear is successfully balancing between comfort and style. In the selection of the Vremena Goda Galleries you will discover pairs of shoes that will become a win-win add-on to your wardrobe.
more

Fashion accents to make the difference
Each fashion insider knows that style is in the details. It is worth analyzing the styling of fashion shows to figure out what techniques were used to create bright outings. This season the list is long enough: tights with prints, chunky chains, revealing bras and corsets, flirting with elements of school uniforms, punk aesthetics and much more. In the selection of the Vremena Goda Galleries, there are accent fashion items you will be tempted to add to your wardrobe.
more 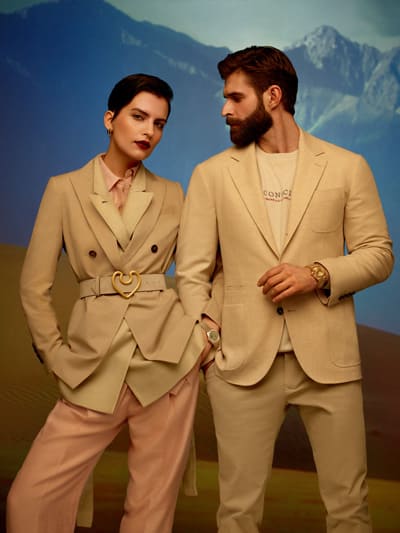