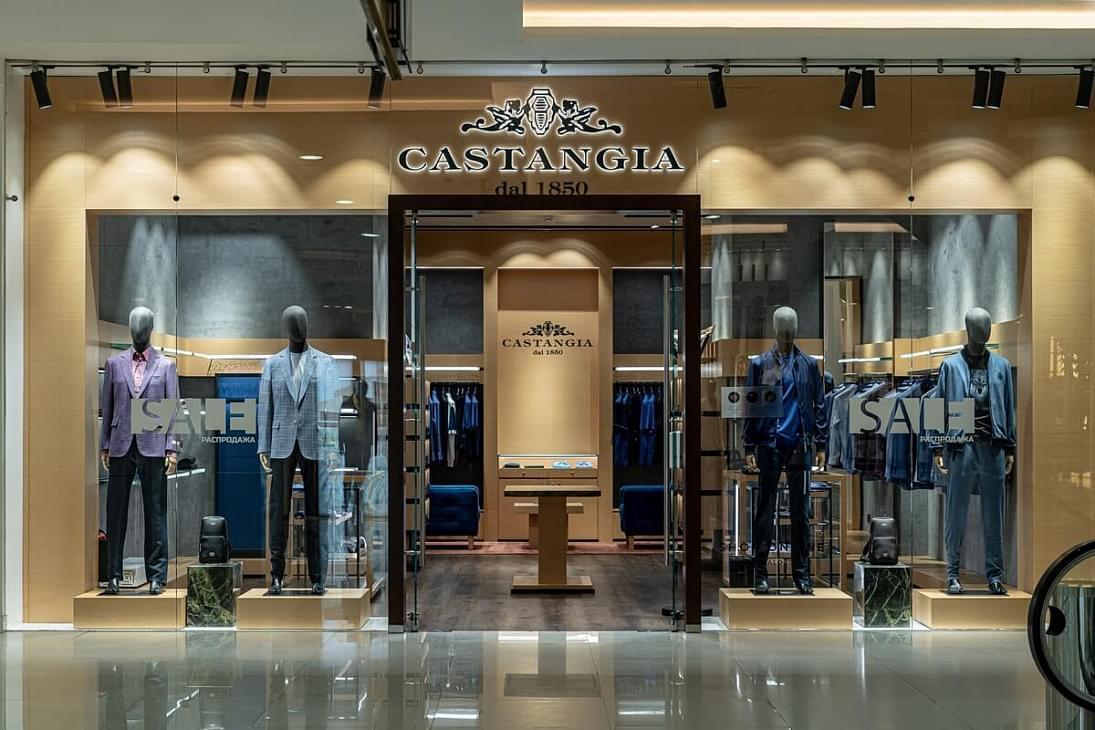 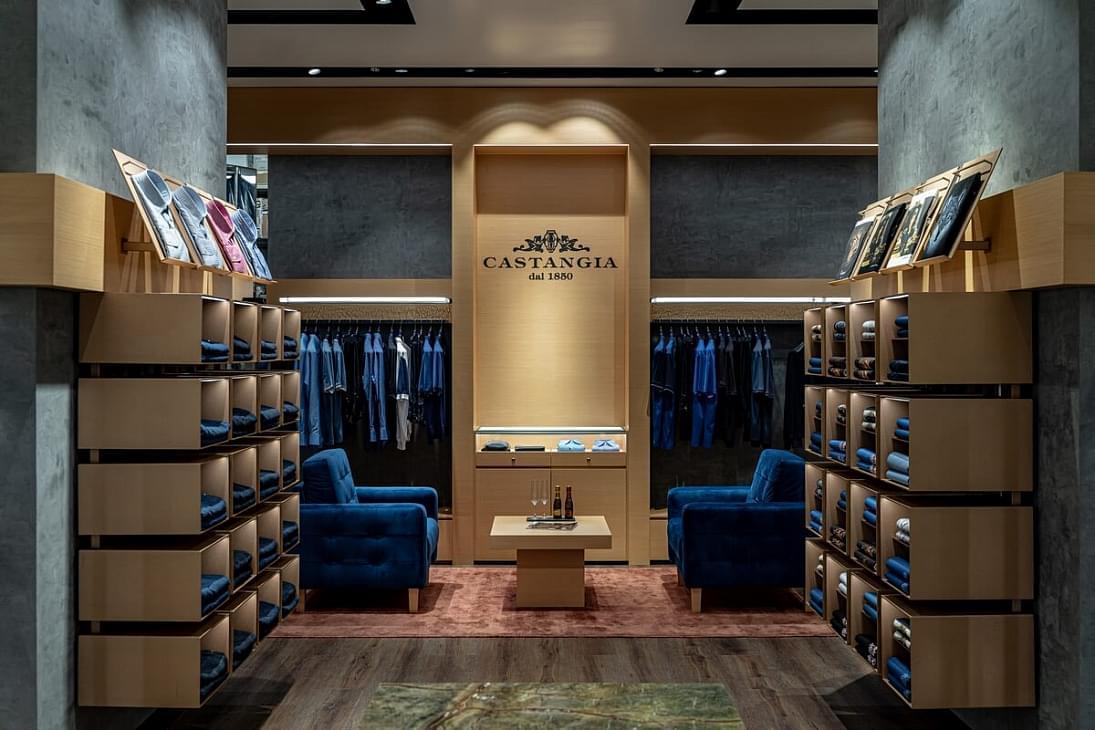 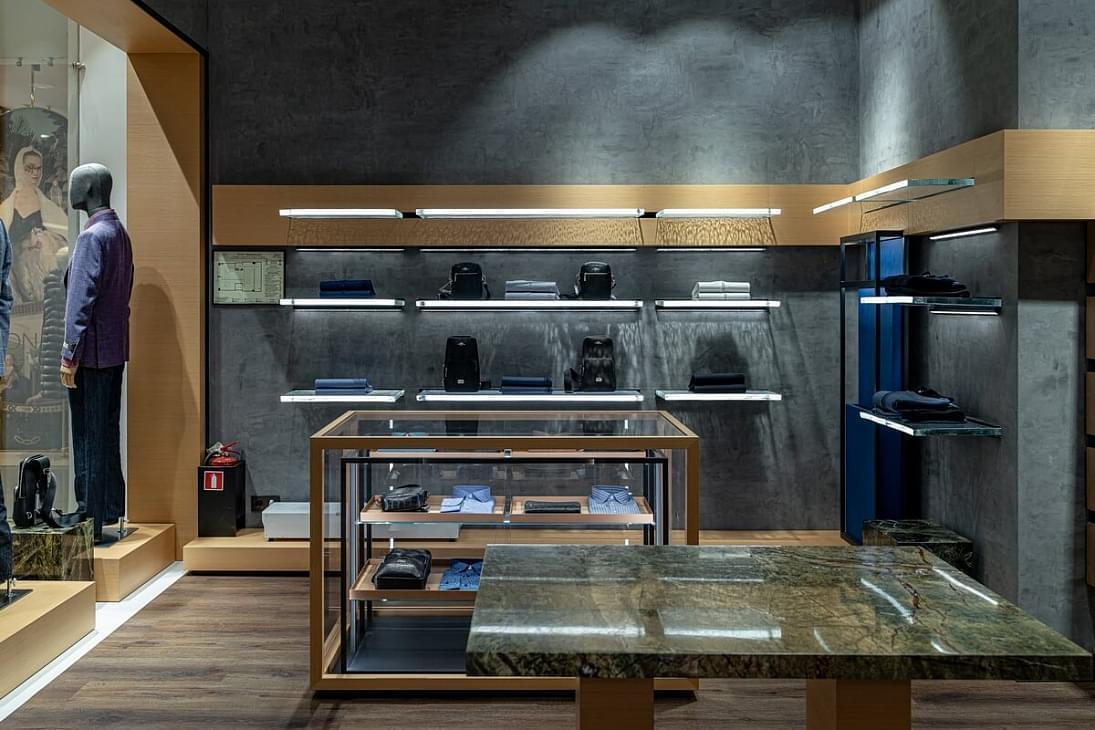 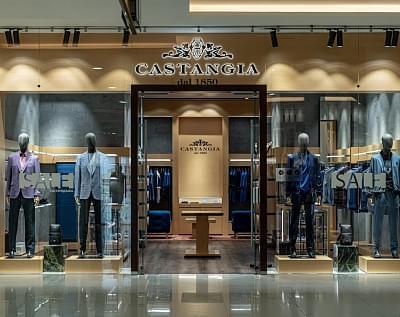 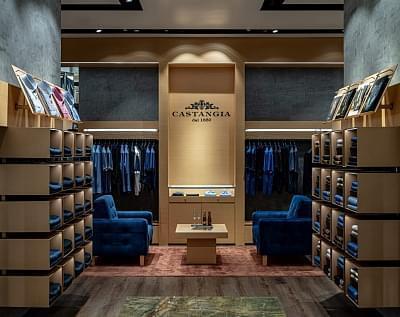 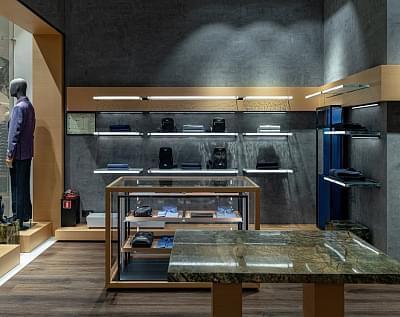 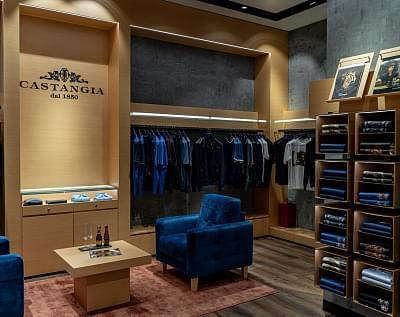 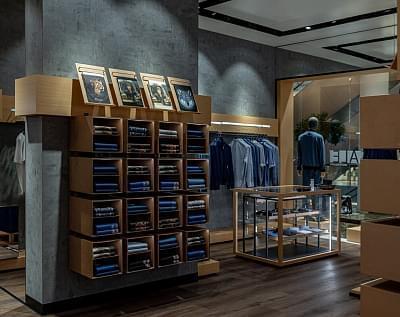 In 1850, Giovanni Castangia opened his first small gents' tailor shop and soon became one of the main innovators of men's fashion. Castangia is a family-owned brand that has given birth to centuries-old traditions of Made in Italy quality. Its clients were the dukes and kings of the Savoyard dynasty that ruled Sardinia. The brand's clothing appealed to them so much that Castangia was empowered to incorporate into its logo coat of arms of the dynasty. Within a short time, Giovanni managed to open several stores and bring the company to the world level. Also, already in 1898 it became the main discovery at the Expo Show in Turin, soon repeating its success in Paris. Castangia became famous in Hollywood as well - at the Oscars, screenwriter Oliver Stone put on a Castangia double-breasted suit. The first flagship boutique in Russia was opened in the Vremena Goda Galleries on Kutuzovsky Prospekt.

The brand's landmark is a blend of timeless classics and casual wear. Their leading direction is knitwear. In tailoring jumpers and pullovers, only natural fabrics with silky textures are used. Indeed, this makes each piece tactilely pleasant. It’s worth mentioning that Castangia uses a valuable kind of cashmere fibre named Cruciani Diamando Rosso with a thickness of only 12 microns and a standard of 16. One fibre of this material, called ‘diamond’, is approximately eight times thinner than a human hair. The suits are made exclusively of merino wool found in Australia and New Zealand. Thanks to the climate of these countries, the raw material acquires unique characteristics, for example, an unparallelled softness that lacks the prickliness and stiffness found in ordinary wool.

Castangia coats as well as accessories: briefcases, belts, wallets and organizers are made from rare materials such as alligator, python or ostrich leather. For shoemaking, just premium leather is chosen, and the major advantage is a comfortable shoe last. The selection of fabrics is always personally handled by Alberto Grletti, the brand owner. Both attention to detail and handicraft make the brand identity. Designers elaborate each detail with diligence: stitching, loops, cuffs, collar shape. The entire collections feature fashion items to create a complete wardrobe: from the iconic plain shirt to silver curly cufflinks.