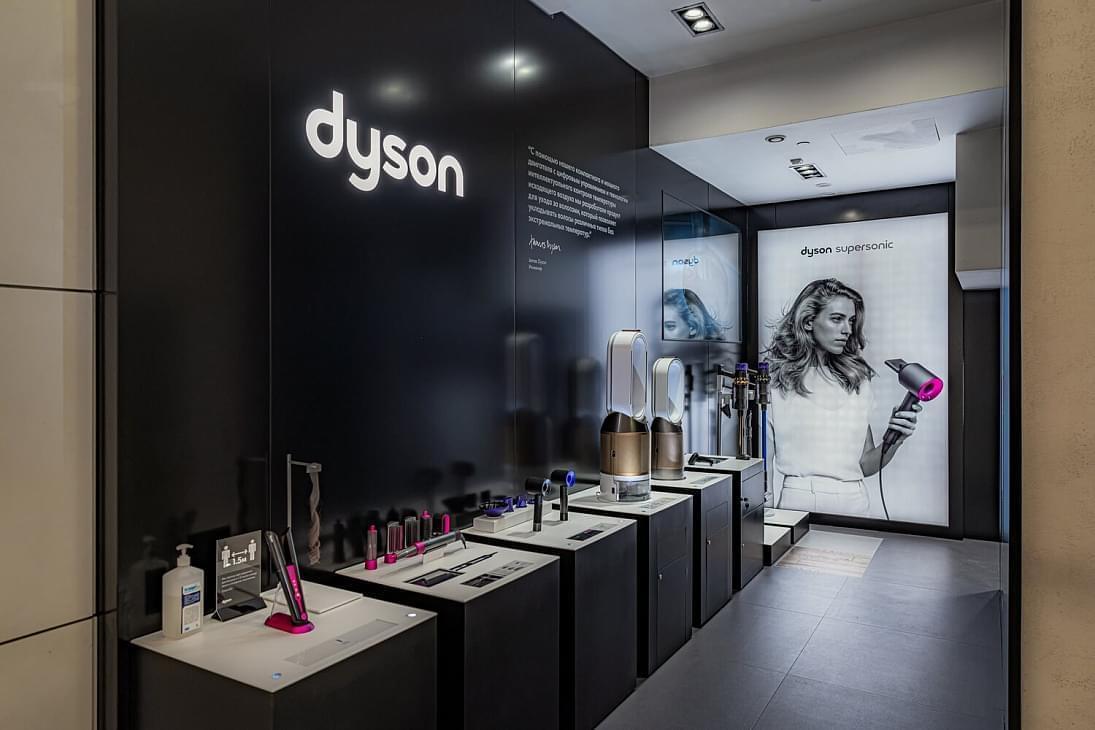 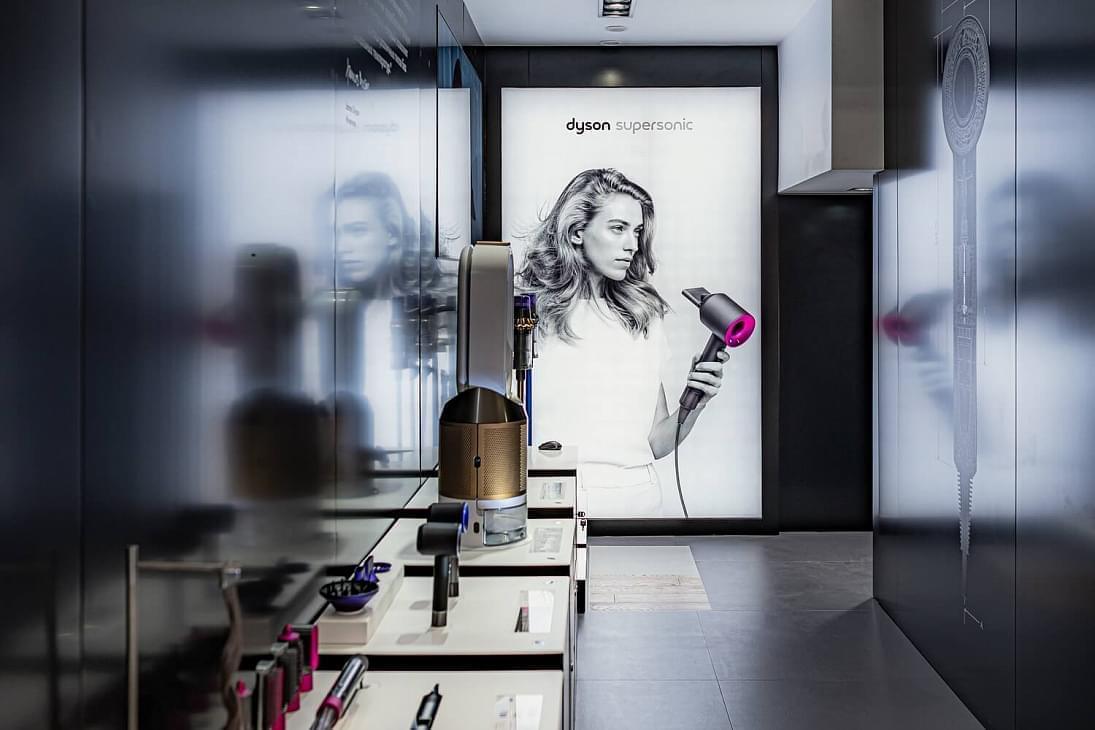 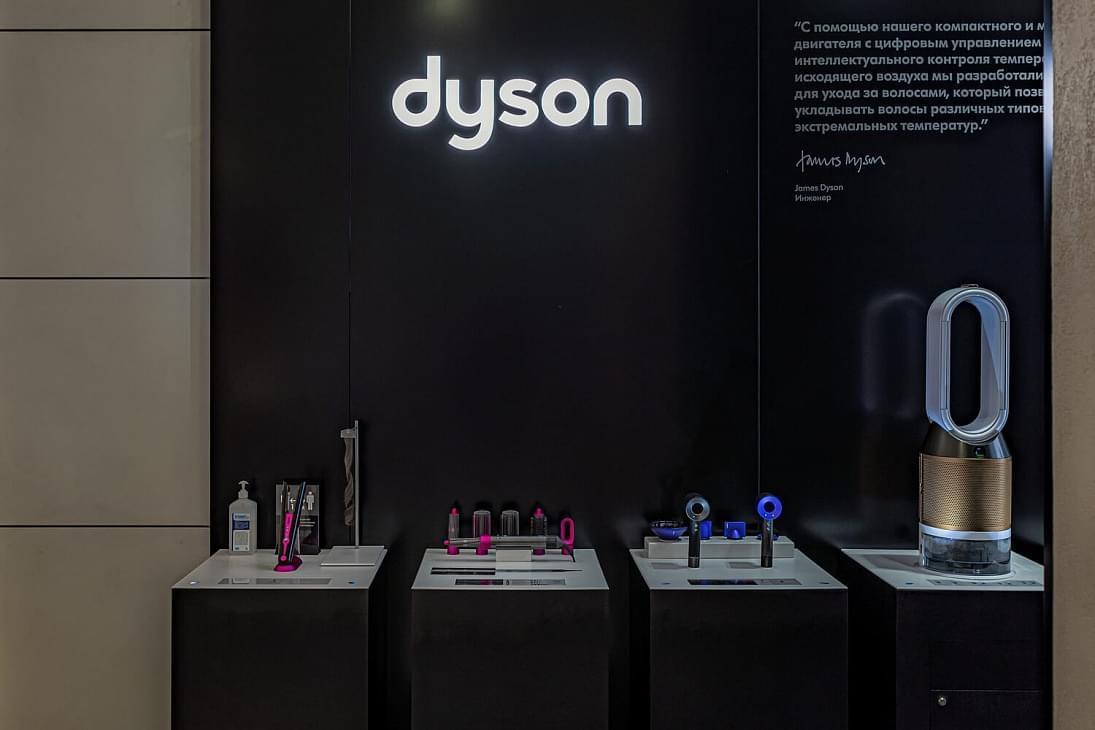 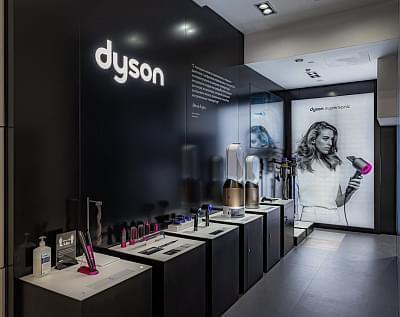 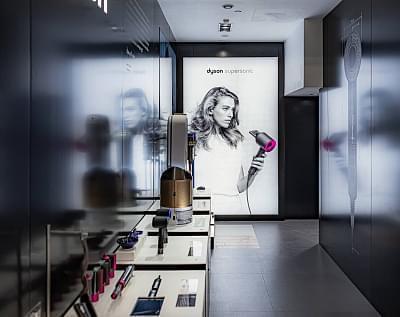 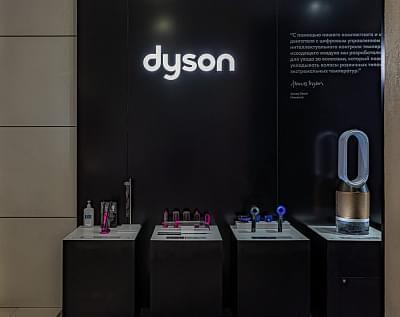 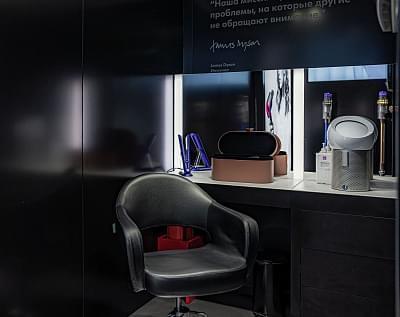 Dyson is a global science and technology company with engineering, research, development, manufacturing and test centers in Singapore, UK, Malaysia and the Philippines. Dyson started its activity in a hangar in the UK and has been permanently growing since its foundation in 1993. Now, the company has two UK research centers with a total area of over 320 hectares in Malmesbury and Hallavington, together with headquarters in Singapore. The company remains family-owned, although it employs more than 14,000 people worldwide, including 6,000 engineers and researchers. Dyson sells its products in 83 countries and regions.

One of the corners in Moscow opened in the Vremena Goda Galleries at 48 Kutuzovsky Prospect.

Dyson tends to invest £ 2.75 billion in its business to create groundbreaking products and technologies. The company employs international teams of engineers, researchers and software developers who are focused on the development of solid-state battery technology, digital high-speed electric motors, sensor systems, computer vision, robotics, machine learning as well as artificial intelligence. Since the invention of the first bagless cyclone vacuum cleaner in 1993 - DC01 - Dyson has developed technologies to address hair care, air purification, robotics, lighting and hand drying problems. Dyson Institute of Technology comes up with a new model of education, combining the purely academic approach of a traditional university with real hands-on experience in an international technology company. The James Dyson Charitable Foundation has been operating since 2002 around the world. It was founded to inspire talented engineers, support technical education, as well as fund medical research. The James Dyson Award is the foundation's annual international design contest for students and recent graduates in design and engineering. Since its launching in 2005, nearly 250 inventions have received support from its prize fund – means for commercializing.

More about the assortment

The legendary Dyson Supersonic hair dryer with five attachments for all hair types is powered by the compact yet powerful Dyson V9 motor that spins up to 110,000 rpm - up to six times more compared to other hair dryers. The intelligent control system measures the airflow temperature more than 40 times per second and adjusts the heating intensity. It serves to prevent hair from damage due to overheating as well as maintains its shine.

The Dyson PH02 humidifier - air purifier intelligently detects the level of pollution and humidity, evenly distributing hygienically humidified purified air throughout the room. The filter, consisting of nine meters of compacted and compacted borosilicate microfiber, captures 99.95% of the smallest pollutants up to 0.1 mct4, including allergens, bacteria and viruses. Dyson Cryptomic technology captures formaldehyde and breaks it down into harmless chemicals.

1The highest accuracy is achieved in Auto mode. The automatic power control function is only available in Auto mode. Testing was conducted in a home-use environment in accordance with Dyson's internal testing guidelines. Microscopic dust is dust with particles less than 100 microns.

3Tested in "Turbo" mode with a full container in accordance with paragraphs. 5.8 and 5.9 of EN IEC 62885-4 compared to other cordless vacuum cleaners on the market.

4Filtering performance has been tested down to 0.1 micron (EN1822). The capture of gaseous substances can vary. The speed of capture may vary depending on the actual conditions, as well as the speed of inflow and outflow of air. Based on the results of the GB/T 18801-2015 test for accumulative mass of formaldehyde with continuous feed; continuous efficiency is determined by plateau in formaldehyde CADR.

Tested by a third party laboratory (CHEARI) at ambient temperature (25 ± 2) ℃ and relative humidity (50 ± 10)%. Results may vary depending on actual conditions as well as air inflow and outflow.

Formaldehyde is destroyed by the Dyson CryptomicTM filter, adsorbing formaldehyde on its surface and breaking it down through selective catalytic oxidation. 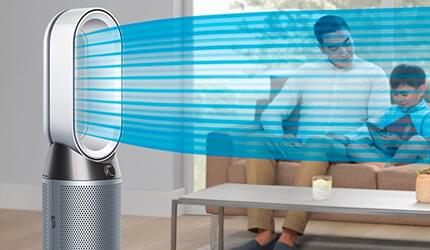