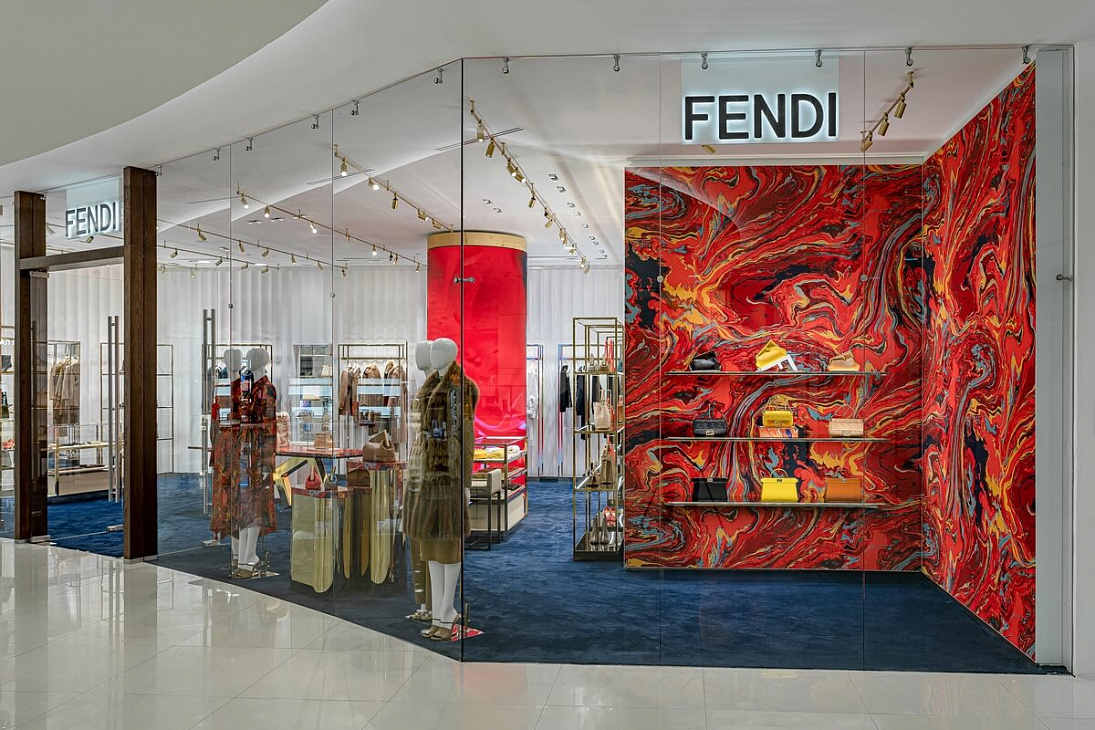 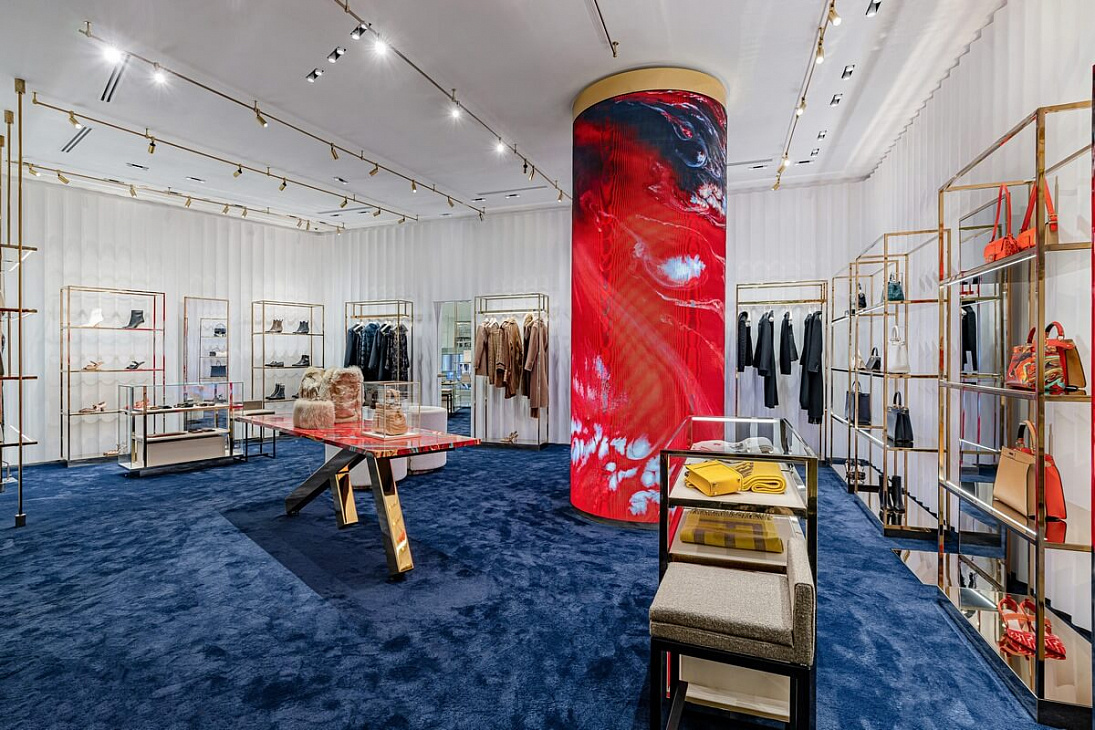 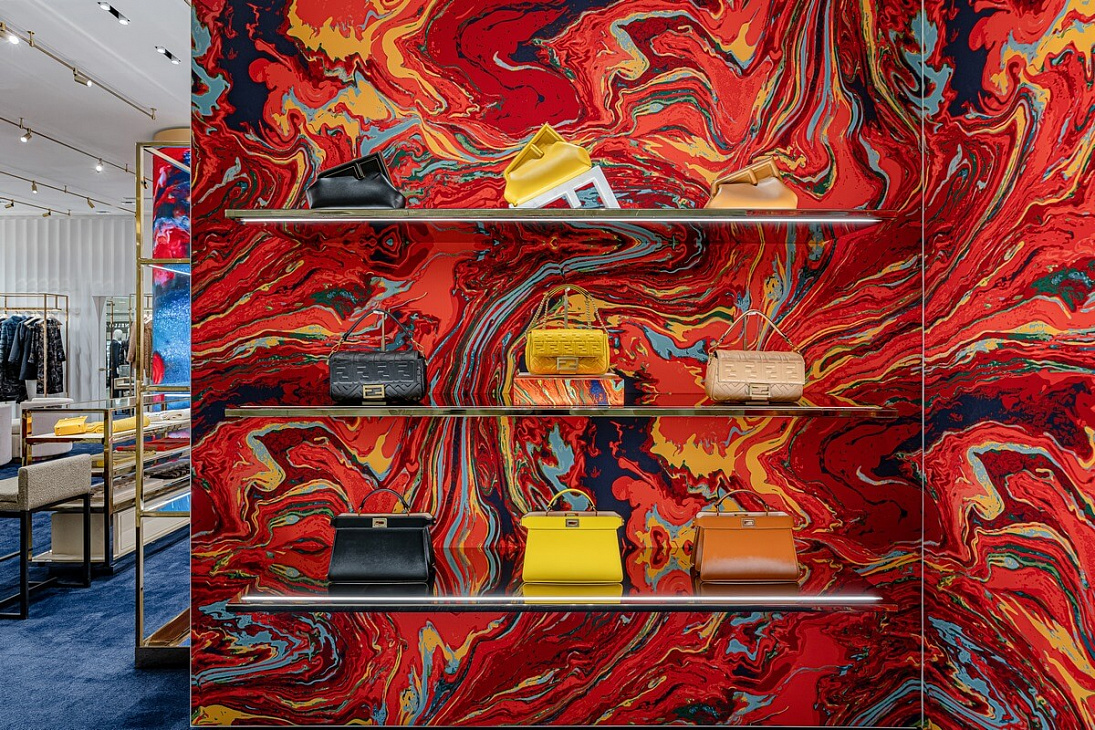 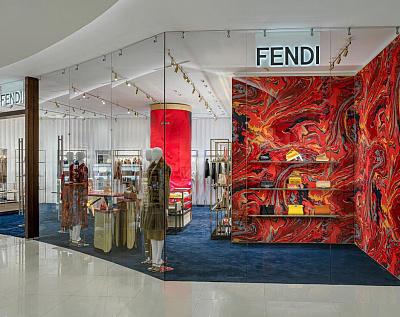 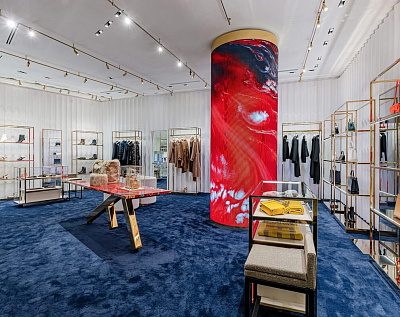 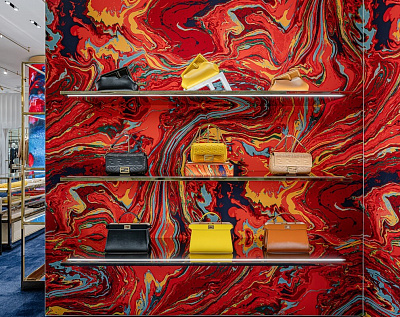 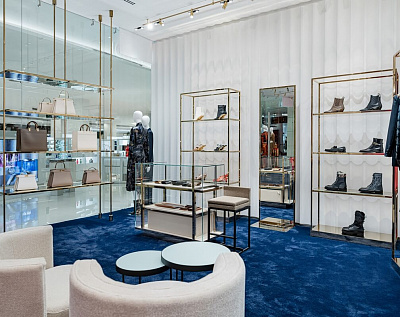 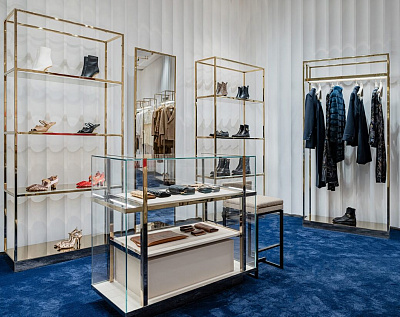 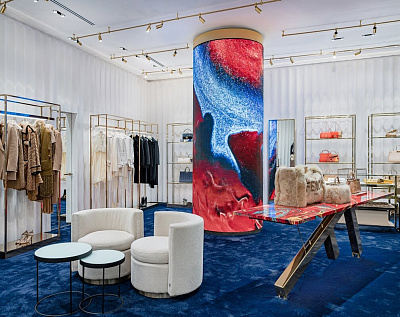 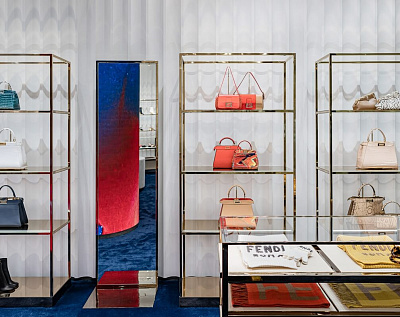 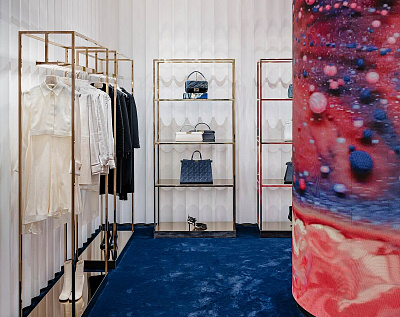 A pop-up FENDI store is located on the 1st floor of the Vremena Goda Gallery. Here, you can get acquainted with ready-to-wear collections of women's clothing. You can also buy FENDI bags, shoes and accessories at the boutique.

The FENDI fashion house was founded by the couple Adele and Eduardo Fendi in Rome in 1925. Initially, the company specialized in leather and fur products, which quickly gained popularity not only in Rome, but also internationally.

In the late 40s, five daughters of Adele and Eduardo joined the business: Anna, Paola, Franca, Alda and Carla. Thanks to the joint efforts and new ideas brought to the table by the girls, a small family store has grown into a large enterprise with advanced technologies and high-quality processes.

As time went on, management was completely passed into the hands of the sisters, each of whom took on certain responsibilities. One of the most important decisions taken by the girls was working with a young and talented designer of German origin named Karl Lagerfeld. The collaboration with Karl Lagerfeld began in 1965 and lasted for 54 years.

Karl Lagerfeld arrived at FENDI in the mid-60s. His original vision of fur products was a breakthrough for that time, which changed the fashion industry massively. Thanks to new technologies, fur coats, that were previously bulky, became much lighter and more comfortable.

The first collection of fur products, designed by Karl Lagerfeld himself, was published in 1966 and immediately gained huge popularity. Also, around this time, the designer created the brand’s famous logo, which depicts two Fs, one of which is inverted.

In 1977, FENDI presented its first pret-a-porter collection, which delighted the public. Gradually, the company began to expand its range with accessories, perfumes, household goods and travel essentials.

In 1992, Silvia Venturini Fendi, a representative of the third generation of the family’s dynasty, joined the creative management of Karl Lagerfeld's FENDI. Since 1994, she has been heading up the leather goods and accessories division, also managing the brand’s men's clothing collections.

Bags created by Sylvia made a real splash in the 90s. We have her to thank for the famous ‘Baguette’ model. In 2009, the Fendi Peekaboo bag was released, which would also become an icon. 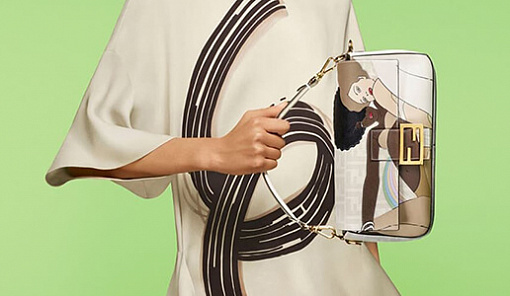 What should you gift a loved one on February 14th?
Valentine's Day is just around the corner and it's time to get gifting! Even if your status is single right now, we believe that this is a great occasion to show your family and friends how much they mean to you. Alternatively, perhaps it’s an opportunity to practice some self-love! The team at the Vremena Goda Gallery has compiled a list of interesting, beautiful and practical gifts to choose from: from luxury jewellery to high-tech gadgets.
more

5 take-homes from the series ‘Sex and the City’
On December 10, the series "And just like that ..." was released — the continuation of the legendary "Sex and the City". The show returned to the screens without the character of Samantha Jones performed by Kim Cattrall, which upset many fans of the series, but the sequel definitely doesn’t disappoint! We’d like to talk about 5 iconic pieces that the famous friends from New York can be seen with during the new season. All of these pieces can be picked up at the Vremena Goda Gallery.
more