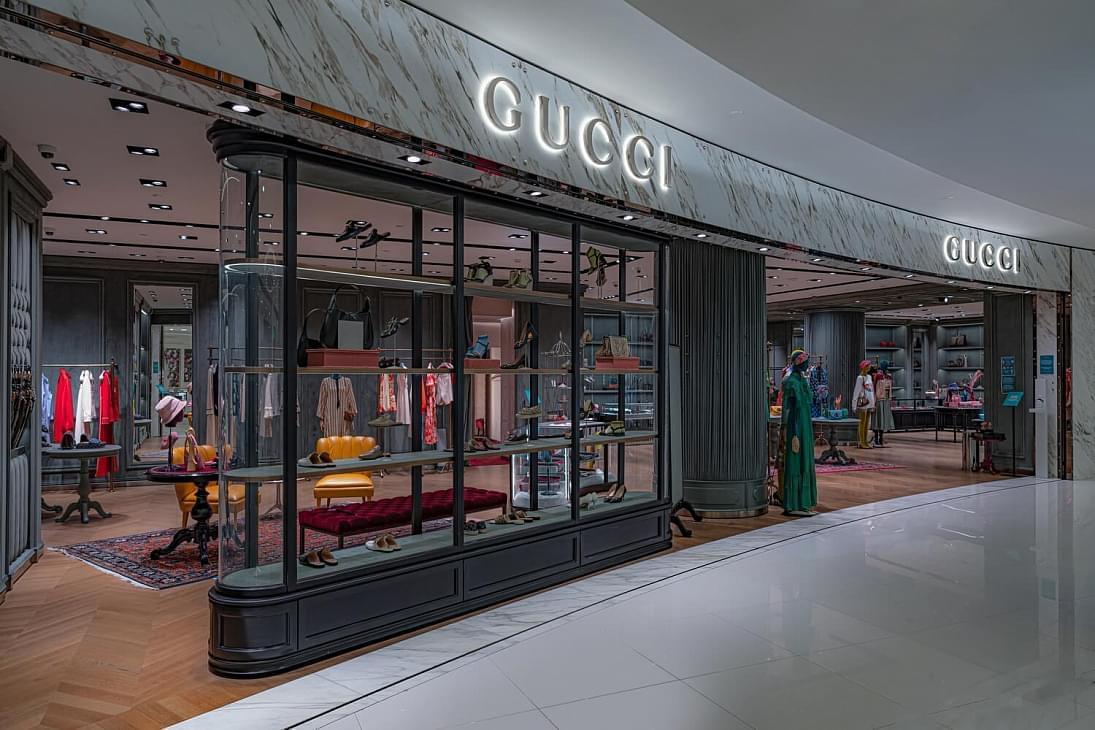 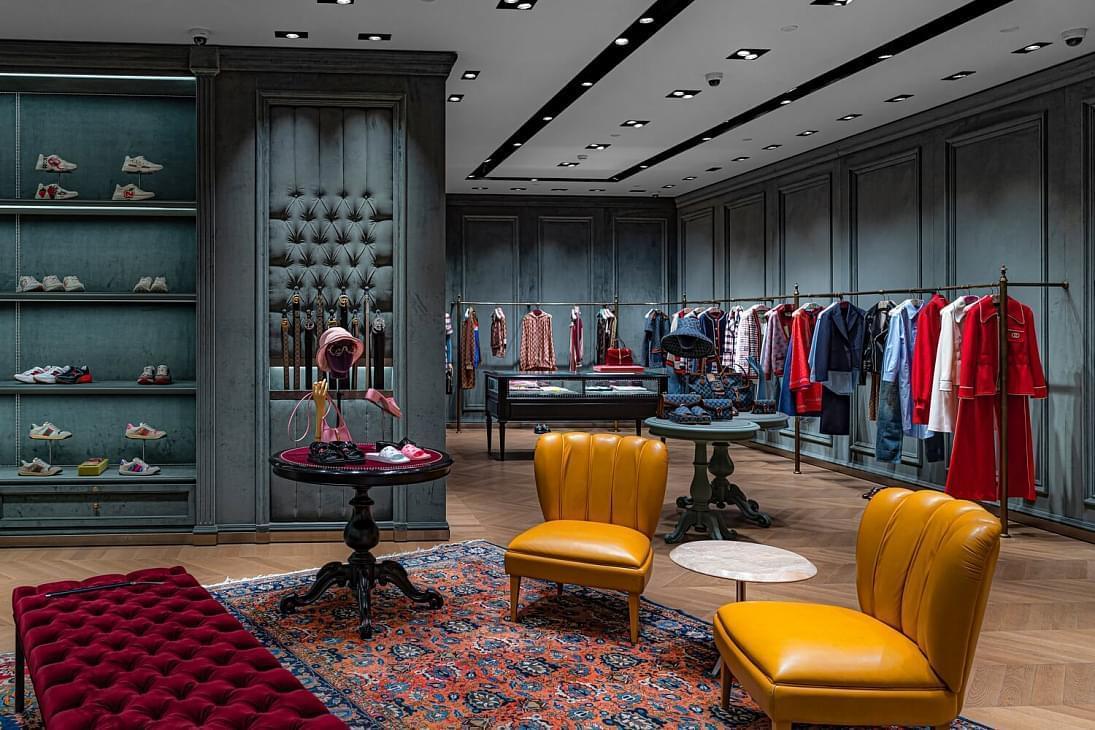 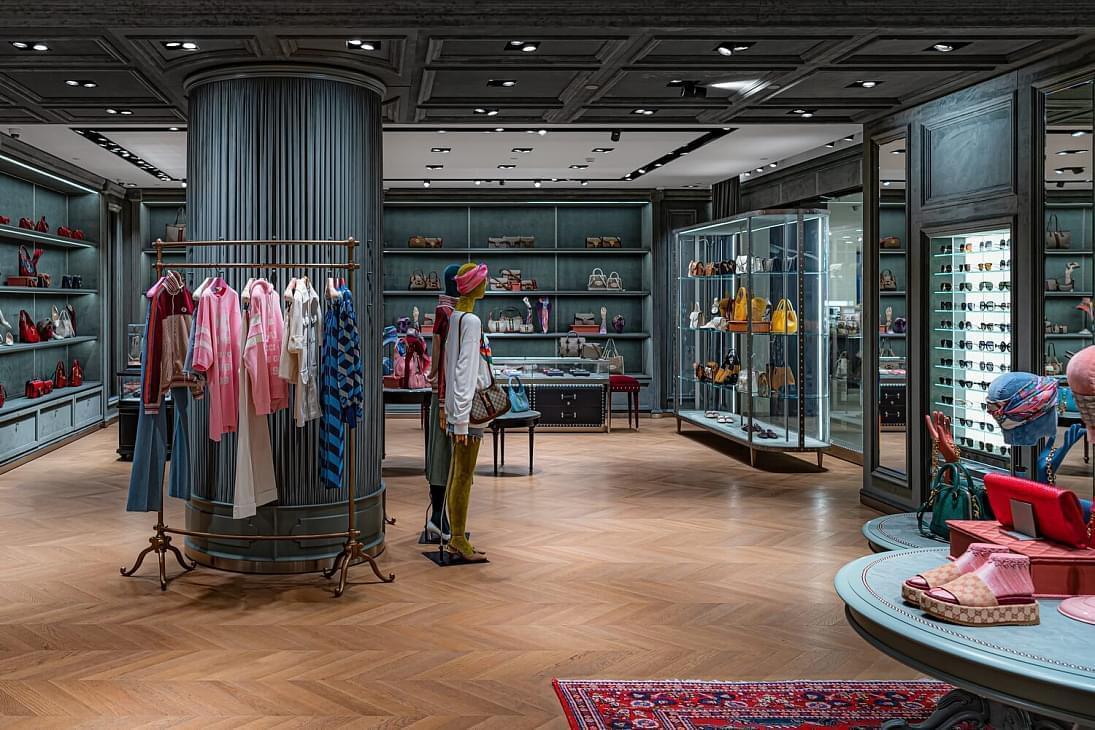 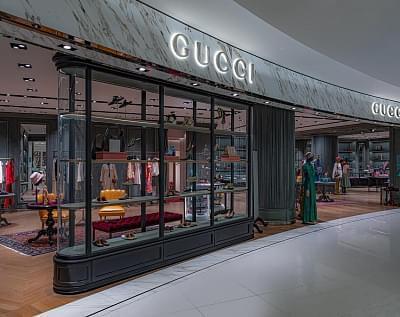 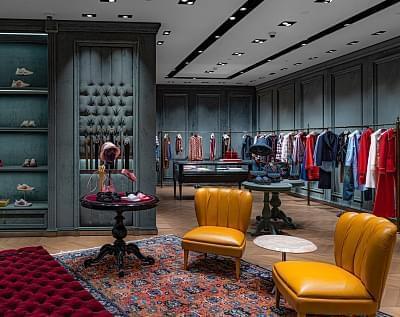 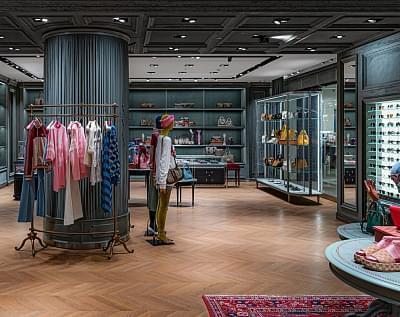 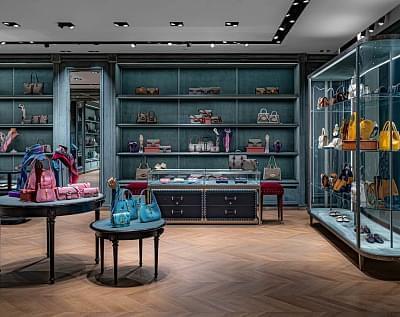 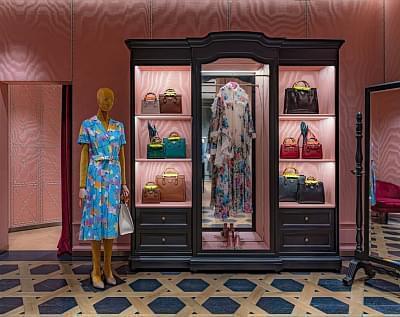 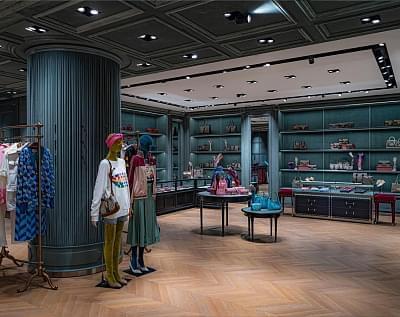 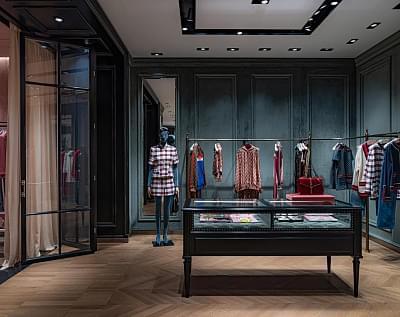 How did the brand's history begin?
The founder of the self-titled fashion house Guccio Gucci was born in Florence in 1881 in the family of a craftsman. Being a teenager, the Italian moved to London, where he was working at The Savoy Hotel, the most luxury one in the city. There he tried to make money by doing diverse activities from a porter to a waiter. The biggest impression on Gucci was made by the luggage bags of the wealthy guests. This is how the designer came up with the idea of creating his own brand.
Where and when was the first boutique opened?
In 1921, Gucci returned to Florence and opened there the store of items made of genuine leather from bags and suitcases to horse harnesses and jockeys' clothing. The brand quickly gained popularity in Europe and by 1937 the workshop had become a small factory to produce women's bags, suitcases and gloves. A year later, the first Gucci boutique opened in Rome on the famous Via dei Condotti.
Who is the brand's muse?
Among the ones who inspire Alessandro Michele, Gucci’s Creative Director, are not only models but also a long list of celebrities: Dakota Johnson and Jared Leto, Florence Welch and Saoirse Ronan, Harry Styles, Lana Del Rey and many others. And in the recently launched Cruise 2020 campaign, we can see Sienna Miller, Iggy Pop, Benedetta Barzini and Gucci Mane.
What role has the brand played in the fashion industry?
Today Gucci is one of the best-selling brands in the world. It is part of the Kering Group, a global leader in apparel and accessories, owning a wide range of major brands in luxury, sportswear and designer articles. Each fashion-conscious girl possesses fashion items with the famous logo that refers to its creator Guccio Gucci. His impact on the fashion industry can hardly be overestimated: Alessandro's ideas, which he shows at Fashion Weeks, instantly move from the runways to the streets. One of the recent examples: the trend of a silk scarf tied like a headscarf, which was caught by Asap Rocky and called Babushka.
What item is the brand's trademark?
Mules with fur, belt bags, silk scarves, large jewelry and original eyewear - unlike many other brands on the market, every season Gucci releases items that are being labelled as must-haves and get hunted around the world. One of the latest catch-ups is the Gucci 1955 Horsebit bag, which was designed 60 years ago. It was recreated nowadays and presented at the Cruise 2020 fashion show at the Capitoline Museums.
What initiatives beyond the fashion world is the brand known for?
In 2013, Gucci launched Chime for Change, a campaign to promote gender equality co-created with Salma Hayek and Beyoncé. By today, more than $ 15 million has been raised to support Chime for Change projects in 89 countries. And recently, for the International Girls Day, the #LetGirlsDream campaign to stop child marriage was launched.
Address Gucci: Moscow, Kutuzovskiy, 48 - «Vremena Goda» Galleries , 1 floor
Subscribe to news Gucci
8 495 644 48 48
1 floor
11.00 — 22.00
Call
Call back
show map
show map
- +
5 4 3 2 1 -1 P1
Floor 1
Floor 5 Floor 4 Floor 3 Floor 2 Floor 1 Floor -1 Floor P1
more 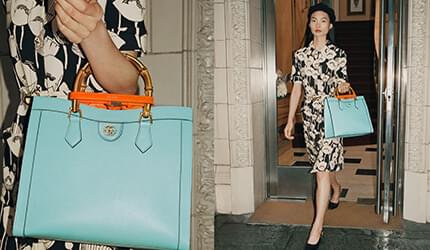 Fall and Winter 2021/2022 must-haves
Ahead of us a few cold months lie. It's high time to come up with a selection of the key must-haves of the fall-winter season. In this selection made by the Vremena Goda Galleries' team, you’ll find top-7 fashion items deserving your attention.
more

Milan Street style: 7 trendy bags
SS'22 fashion weeks are in full swing: in Milan the most significant shows of the season are over. The Vremena Goda Galleries team has been closely observing not only the shows, but behind the scenes as well. This time, we are taking a closer look at the guests’ fancy looks as well as what accessories street style stars opt for. In our selection you’ll find seven relevant models of bags worth adding to your wardrobe.
more

7 streetstyle shoe trends at London Fashion Week
Fashion weeks are something more than just an opportunity to get acquainted with new collections, it is also an inexhaustible source of inspiration for streetstyle looks. The Vremena Goda Galleries team looked through the photo chronicle of the SS'22 season shows in London and selected seven shoe trends to be incorporated into the wardrobe right now.
more

6 Fall trends
Autumn is the perfect time to experiment with style. The Vremena Goda Galleries team comes up with a selection of 6 ideas for autumn looks: varying from preppy style to eclecticism. Our trendy check list will help you create the perfect demi-season capsule.
more