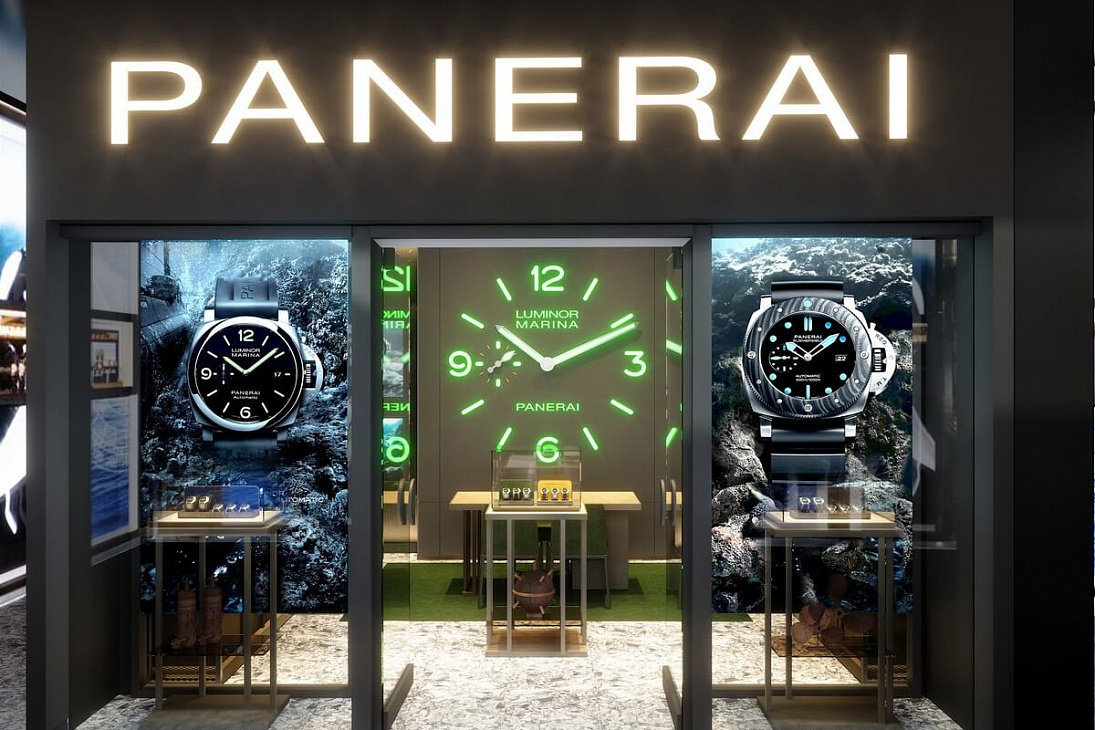 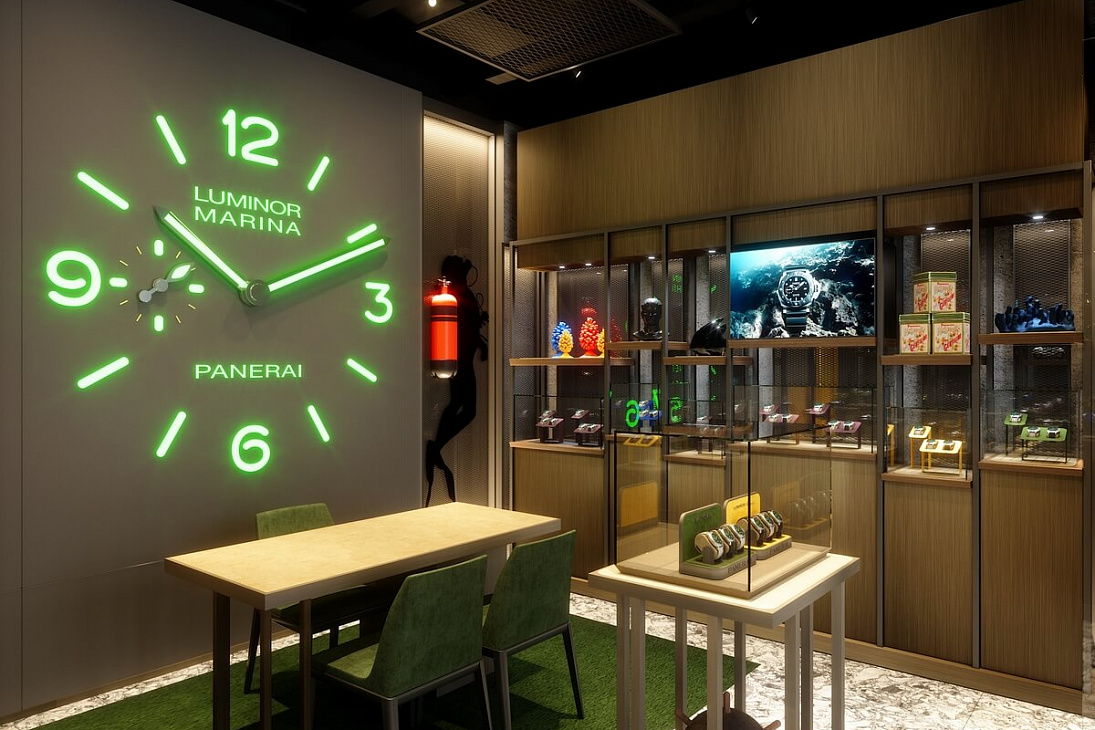 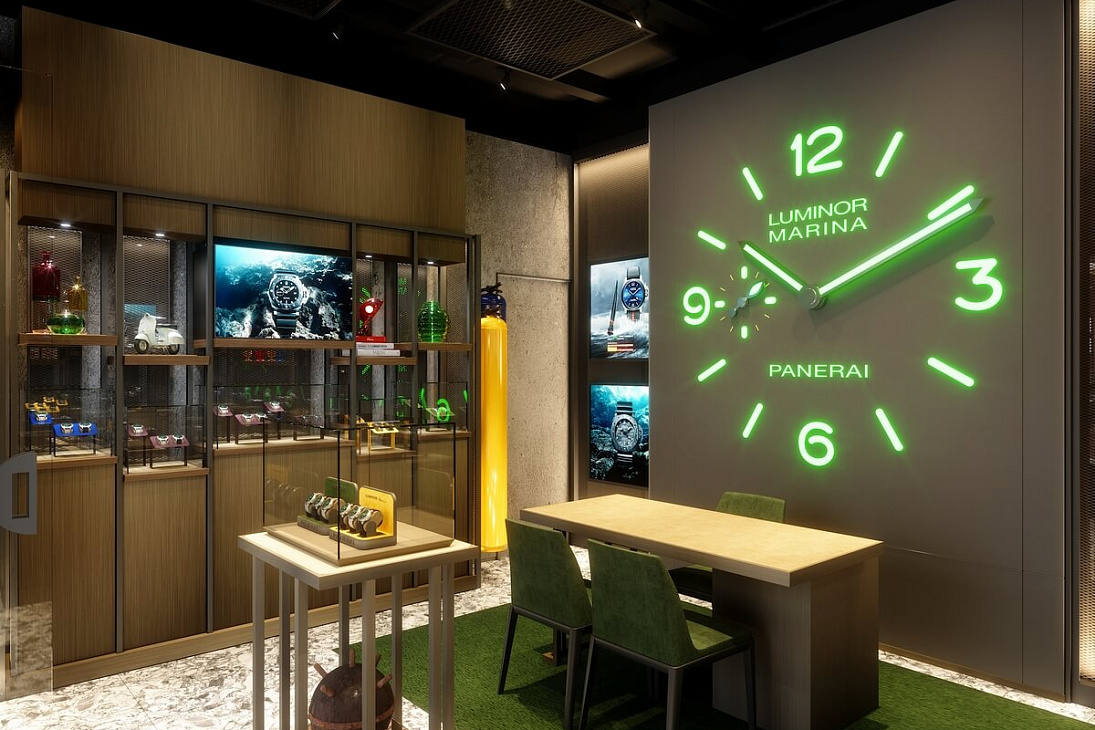 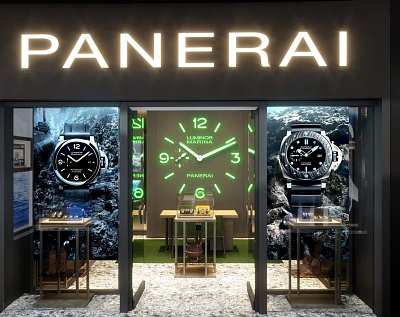 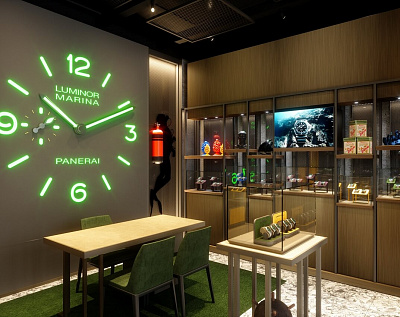 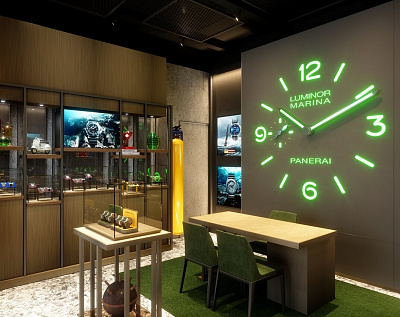 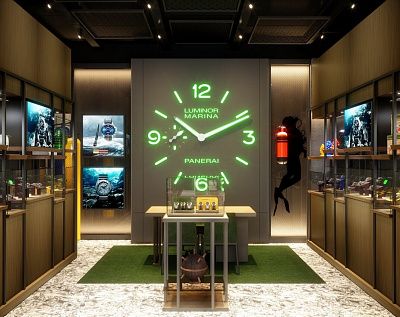 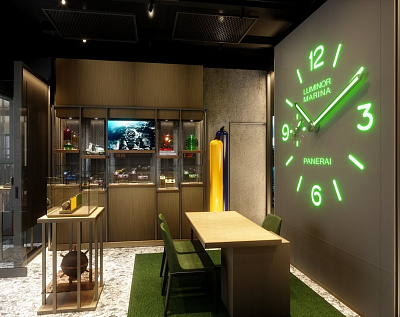 Panerai is a watch company that started in the city of Florence. The brand’s boutique is located on the first floor of the Vremena Goda Gallery. Here, you can buy men's watches, which for more than 150 years, have held the title as some of the most precise and original timepieces on the market.

The company was founded in 1860 in Florence, Italy. The brand was named after its founder, watchmaker Giovanni Panerai. In addition to its boutique, the brand also had a workshop, which became the first watchmaker training school in the city – this is how the history of Panerai began.

At the beginning of the 20th century, Panerai actively collaborated with the Royal Italian Navy and in 1916, at the request of the military, created a special reflective powder based on radium, which was called Radiomir. In the mid-1930s, a timepiece of the same name with a backlit dial would be born, aimed at providing convenient time reading.

The company continued to improve and develop self-luminous materials and technology. In the subsequent model, the company began to use a new composition based on tritium to provide illumination, which was called Luminor. Gradually, Luminor became a household name for Panerai diving watches, each coming with a crown protection device.

The production of wristwatches, which initially was focused exclusively on the needs of the military, entered a new era in 1993. Indeed, Panerai decided to enter the watch market for the general public and released three collections based on ten brand new models produced in limited numbered series: the 44-mm Luminor, the Luminor Marina and the 42-mm Mare Nostrum chronograph, beating the features of historical models created for the Italian Navy’s special forces. Thus, Dino Cei, the CEO of Panerai at that time, removed the secrecy from Panerai’s products that previously had a military purpose. These models immediately saw fame among collectors and watch lovers alike. In 1997, the Richemont Group holding acquired Panerai and created a distribution network in Italy. Since the beginning of the 2000s, the brand's stores have been actively opening all over the world. To date, Panerai has more than 140 boutiques.

Panerai develops and implements the mechanisms and watches themselves at a factory in Switzerland, near Lake Neuchatel. The new models of wristwatches represent a synthesis of Italian design and the achievements of Swiss watchmaking.

Today, the watch house presents four collections of men's wristwatches: Submersible, Luminor, Luminor Due and Radiomir, which are regularly updated with new products. The brand also produces new timepieces in limited quantities, each with a release number on the case. These are often collectable models that are discontinued, as well as table clocks and watches for sailors.

The design of the Panerai boutique on the 1st floor of the Vremena Goda Gallery has been inspired by the brand's connection with the ocean. The space of 30 sq.m. is decorated in an Italian style to emphasize the origin of the brand. The history of the company is expressed with the help of diving glasses, oxygen cylinders and torpedoes which are all used as decoration.

On the floor of the boutique, you can find a special carpet, which is made of recycled ocean waste, which aims to attract people's attention to the problems of marine pollution. Also, the space of the watch shop is complemented by carefully selected historical and artistic objects like a large luminous wall clock with a small second dial at the "9 o'clock" mark.