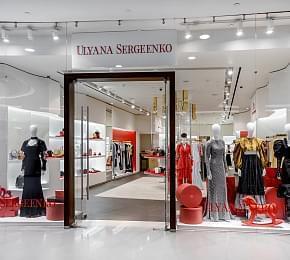 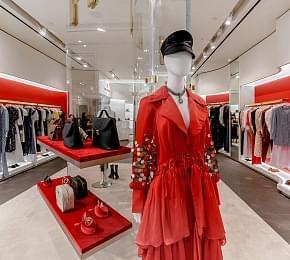 History of the brand
The founder of the self-titled brand Ulyana Sergeenko was engaged into the fashion world well before launching her own brand. After graduating, Ulyana tried her hand as a fashion photographer – her pictures often appeared on the pages of glossy magazines. Then the camera captured her thanks to the Fashion Weeks in New York, London, Paris and Milan: Sergeenko's style attracted street-style photographers, and then the whole fashion world fell in love with the “Russian matryoshka”, as she was called. Uliana’s looks have always been distinguished by femininity and references to Russian culture: puffy skirts, dresses with an accentuated waist, vintage accessories and furs. Finally, in 2011, the Ulyana Sergeenko brand was born. Ulyana described her first collection as “illustrations for the issue of Soviet Vogue of the 1950s”.
Distinguishing features
A year later, the designer presented the Ulyana Sergeenko Couture collection at the Haute Couture Week in Paris. Since that, the brand has been acquiring admirers from all over the world including Anna Dello Russo. Lady Gaga, Natalia Vodianova, Beyoncé, Kim Kardashian, Selena Gomez, Rihanna, Rita Ora, Adriana Lima, Dita Von Teese. These females are just a small part of the celebrities of the A-list, who choose Ulyana Sergeenko outfits for performances, red carpets, music videos and more. Ulyana admits: “One of the key tasks of Couture is to create items for centuries. It's enjoyable and consistent to have quality things in your wardrobe, well-made, those that can literally be passed on to your daughter". In 2014, Ulyana Sergeenko became the first Russian brand in history to be chosen by the Supervisory Board of the Paris Haute Couture Syndicate as an official member.
Present day
A simple cotton dress with a small flower print that will never go out of fashion does distinguish Ulyana Sergeenko from other brands. Despite being young enough compared to other players in the fashion arena, this brand has managed to earn recognition and reputation. An important component of Ulyana Sergeenko's DNA is Russian folk crafts. Rostov enamel and filigree, Yelets and Vologda lace, Kresttskaya stitching and various hand embroidery techniques are present in each Ulyana Sergeenko Couture collection. To preserve and develop folk crafts is one of the key goals of the Fashion House. You can purchase for dresses, blouses, coats, jackets, aprons, belts, scarves, bags and other fashion items in the Ulyana Sergeenko boutique on the first floor of the Vremena Goda Galleries.
Address Ulyana Sergeenko: Moscow, Kutuzovskiy prospect, 48 - «Vremena Goda» Galleries , 1 floor
Subscribe to news Ulyana Sergeenko
+7 (495) 644-48-48
Feedback
1 floor
11.00 - 22.00
Back to list show map show map
- +
5 4 3 2 1 -1 P1
Floor 1
Floor 5 Floor 4 Floor 3 Floor 2 Floor 1 Floor -1 Floor P1
more 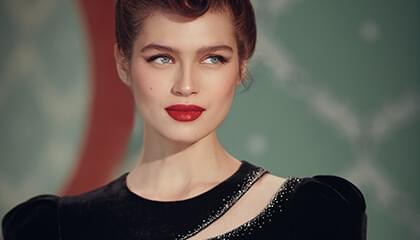 Holiday collection from Ulyana Sergeenko
Elegant silhouettes, signature corsets and high-quality fabrics decorated with lace, beads and sequins make the iconic elements which are the basis of the latest holiday capsule collection of the Ulyana Sergeenko Fashion House.
more 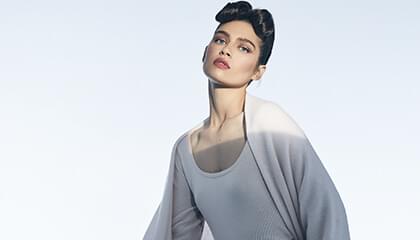 Fashion accents to make the difference
Each fashion insider knows that style is in the details. It is worth analyzing the styling of fashion shows to figure out what techniques were used to create bright outings. This season the list is long enough: tights with prints, chunky chains, revealing bras and corsets, flirting with elements of school uniforms, punk aesthetics and much more. In the selection of the Vremena Goda Galleries, there are accent fashion items you will be tempted to add to your wardrobe.
more

8 Princess Diana's looks to shine this fall
In November, the premiere of the fourth season of the much-talked-of TV series "The Crown" takes place and it is going to be something special. For the first time, two striking characters will appear on the screen - Margaret Thatcher, played by Gillian Anderson and Princess Diana, played by Emma Corrin.
more

Lavender, mint, fuchsia: how fashion influencers wear trendy summer shades
Even if the Pantone Institute has picked up the classic blue as the color of 2020 - “eternal and credible with elegant simplicity”, the fashion world traditionally couldn’t do with just one shade and has added several ultra-fashionable colors to the fashion color palette.
more

How top models dress in real life: interview with Irina Nikolaeva
Irina Nikolaeva, the Russian model, is a frequent visitor to the world's runways. She has walked down a runway in Chanel, Stella McCartney, Ulyana Sergeenko shows, she has appeared on the covers of Harper's Bazaar and L'Officiel. Irina, being a “Model of the Year” by Glamour in 2014, looks equally impressive in couture dresses as well as outfits from the 90s.
more

Choosing the best summer dress: key fashion trends
A favorite summer dress is a must-have for the wardrobe of each self-respecting fashion-monger. And if not yet, then you definitely need to come up with it. It is hard to imagine an outfit that is equally practical and trending, optimal for outings around the city as well as summer parties on verandas.
more